The title for this week’s Cosmic Jazz comes from the strapline for saxophonist Nat Birchall’s excellent blog. There’s more from this below, but we recommend that you take a good look.

We’ve still not finished with some of the great music from 2015 here on Cosmic Jazz. This week’s show, available at the click of the Mixcloud tab on this page, features, in part, some of the tunes that still need to be heard by any CJ aficionado. 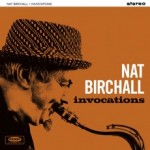 The show opened with the title tune from Birchall’s superb 2015 album Invocations and one we’ve promised to feature for a while here on CJ. Birchall is one of the most interesting jazz musicians from the Manchester jazz scene who’s now gaining prominence on a wider stage. He’s previously been heard with Matthew Halsall but has released several very fine albums of his own, all of which we have featured here on CJ.

Birchall’s music is for the body and soul, with obvious references to the Coltranes (John and Alice), Pharaoh Sanders and Albert Ayler – but there is more than this. Birchall is a wholly original player with a strong debt to dub reggae. To me, jazz and reggae can 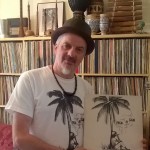 make a perfect combination, so  it was interesting to read in the sleeve notes to the record that Birchall’s first musical passion was classic dub and, in particular, the album Grounation by drummer Count Ossie, featuring Cedric ‘Im’ Brooks on tenor sax. The use of hand drums on Invocations adds a mystical quality that evokes Count Ossie’s seminal recording. Check out the blog (again) and read and hear more about some of Birchall’s favourite recordings. If you want to get up to speed on dub reggae you won’t find a better place to start than here. Here, for example, is Birchall on the influence of Cedric ‘Im’ Brooks on the development of his own sound: The tenor saxophone player on this album is the great Cedric ‘Im’ Brooks and his sound and playing here were my first introduction to Jazz type soloing apart from the very short solos that I had heard on Ska tunes and his style has undoubtedly contributed greatly to my concept of how a tenor saxophone sounds.

play the saxophone the sound that we actually get from the instrument is not determined by the instrument itself. It can be quite complex but the most important factor in what sound we get when we breathe into the saxophone is what we personally imagine it should sound like. The instrument and mouthpiece and reed all contribute to the sound but the actual character and quality is largely down to the individual player and their sound “concept” and their practice routine. So this album is very important to me personally as it has contributed in no small part to my own sound concept as a saxophone player.

From time to time I have to play music that has touched me during the previous week. Sometimes, and I make no apology, this takes me beyond the borders of jazz. For this week it was the Senegalese

artist Baaba Maal who I had just been to see perform in Norwich. What a voice! What a stage presence he has! In fact, as a guest on BBC Radio 3’s Private Passions show on 24 January, he stated that improvisation is an essential part of his live performance. So it was in the one I saw with a superb bass player, a masterful and powerful Cuban drummer who gave an extended solo and excellent percussionists. Indeed, on the Radio 3 show Maal acknowledged his debt to jazz. What you may not have guessed is that among the musicians featured on Tiedo – the tune I played from his album Firin’ in Fouta – were two top-rate British jazz musicians, Andy Sheppard on soprano sax and Alec Dankworth on double bass. Maal’s new album is called The Traveller and it’s just been released.

I had forgotten that the compilation Black Fire! New Spirits!: Radical and Revolutionary Jazz in the USA 1957-82 had only been released in 2015. It seems ages ago that CJ first featured this excellent

Soul Jazz compilation but we have so far not played The Banjo Lesson by flute player Lloyd McNeil and bassist Marshall Hawkins. This comes from an album commissioned for an exhibition to celebrate the art work of Henry Ossawa Turner, who became the first African-American painter to gain international success. McNeil himself was not only a musician but also a painter, photographer, poet and academic.

During 2015 we have championed some excellent Polish jazz which can be obtained via Steve’s Jazz Sounds. Among my favourites has been the music from the trio led by Michal Wroblewski. We have featured pieces from his 2015 City Album but this week I played Jarretiude (which suggests an obvious reference to Keith Jarrett) from the album I Remember.

The other two tunes from Polish bands were, however, definitely produced in 2015. Algorhythm are a young Polish quartet comprising tenor, trumpet, piano and double bass. They are excellent and a must listen for all Cosmic Jazz followers. I will have to play more. See them below performing at the 2013 European Jazz Contest in Rome.

Finally, Tatvamasi are a quintet founded by guitarist Gregory Lesiak. They aim to reveal the hidden depth of the Polish soul in the 21st century, with music inspired by traditional Slavic folk and the avant-garde. Their previous release is reviewed in PopMatters here. The phrase tat tvam asi is a Sanskrit expression meaning “that thou art” or “that art thou” – the self is part of of the oneness, or whole. I can imagine Nat Birchall saying much the same thing…