This week’s CJ is now available for you to listen to – just click on the tab left – or above on your mobile or tablet.

The show featured music from Leandro (Gato) Barbieri and Miles Davis, who features in a new film out in the UK later this month. Barbieri, who died last week, was an Argentinian tenor saxophonist with a raw, fiery tone that was unmistakeable. We began with Oliver Nelson whose live Montreux date from 1971 featured Barbieri on the expansive Swiss Suite before diving into one of Barbieri’s Impulse! releases. The album Chapt

er Three: Viva Emiliano Zapata is a personal favourite and features superb arrangements by Cuban Chico O’Farrill. We chose El Sublime which does everything you could ask for in six minutes. If there’s one album to start your Barbieri journey, this could be the one. As we said on the show, it’s probably best to avoid some of the later ‘easier listening’ music – you’ll just wonder what all the fuss is about. We ended our tribute to Barbieri with another great track – this time his version of the Jorge Ben tune Maria Domingas from the album Under Fire (1971). And what a band – Lonnie Liston Smith is on piano and keyboards, John Abercrombie on guitar, Stanley Clarke on

bass and Roy Haynes on drums.  For a taste of the original, try this lovely (but extremely crackly) version from Brazilian TV in 1971. Jorge Ben’s backing band here is Trio Mocoto, who had a recent renaissance with their album Samba Rock – named after the style they pioneered in the 1970s and highly recommended by CJ. Listen to Mocoto Beat here.

– starting with a brief tribute to Phife Dawg, late rapper with the influential A Tribe Called Quest. Butter samples Weather Report’s River People and is testimony to the dizzying quality of his rapping. Almost uniquely, ATCQ told lyrical stories – and never better than on this downtempo classic album The Low End Theory.

Our second feature this week celebrated the upcoming UK release (on 22 April) of actor/director Don Cheadle’s film Miles Ahead.

This crowdfunded production has already received a lot of airtime – some of it controversial. Don Cheadle acknowledged, for example, that the film wouldn’t have been made unless there had been a white co-star involved – and so in came Ewan McGregor, playing a fictitious journalist investigating the disappearance of some studio tapes. You can watch the official trailer here. We began with a clip from the film soundtrack and followed it with one of the original tracks from the soundtrack album – Junior’s Jam which features pianist Robert Glasper, the musical director of this project. Don’t turn to this new

release for an introduction to the music of Miles: only two of the original tracks are unedited (Frelon Brun and So What) but consider it a momento of the film. However, it’s worth noting that the film (and this soundtrack) don’t shy away from Davis’ More ‘difficult’ music – it’s endlessly frustrating to hear TV or radio features on the film that concentrate on A Kind of Blue only. Miles was so much more than this – and we’ll continue to feature the range of his music in upcoming CJ shows. Miles Davis remains not merely an icon of 20th century music but one of the greatest musical innovators of all time.

The new Blue Note release from GoGo Penguin has some excellent tracks – we featured one of the standout tracks, Smarra. Count Ossie is a Jamaican musical maven whose range of influences cover reggae, afrobeat, jazz and more. His excellent album Tales of Mozambique

has just been re-released on the excellent Soul Jazz label – check it out if you can. 23 Skidoo seem to have been forgotten, but they were an influential British band active between 1979-2002 who still sound relevant today. Their most jazz-influenced release is the self-titled 23 Skidoo album from 2000 which features Pharoah Sanders on two tracks including Kendang.

We ended this week’s show with more conventional jazz from British saxophonist Tony Kofi – whose 2005 Thelonious Monk tribute All is Know is outstanding – and a last brief look at Miles Davis. There will be more next week… 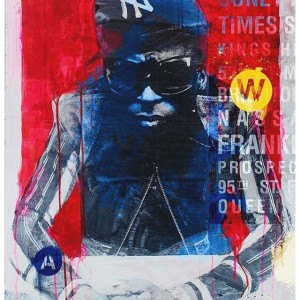