This week’s show, available now via the Mix Cloud tab (left), is made up of four long, Old School tunes. An identifying feature of two of them at least (and maybe elements of a third) is that they are not only on a Cosmic Jazz show they are cosmic in sound, ambience and effect!

Saxophonist Pharaoh Sanders is a name many would associate with cosmic jazz. His tone is one of the most distinctive voices in jazz – full of raw, rasping overtones one moment and warm, rich and deep at others. The fire of his eleven Impulse! label albums recorded from 1967-1974 gave way to an often more lyrical exploration of jazz standards but still with that commanding tone that remains uniquely strong. For more on that golden age at Impulse! Check out this Red Bull Music Academy feature for more information – and then search out some of the albums.

Now 76, Sanders is still performing, although his most recent record releases tend to be as guest slots on other albums. Some of these are well worth seeking out: we have featured two on CJ over recent years – The Voyage with Japanese band Sleep Walker and his live recording with alto saxophonist Kenny Garrett on the Sketches of MD: Live at the Iridium album. Listen to the deep Intro to Africa track here.

Both sides of Sander’s unique tenor saxophone voice can be heard on the track Love is Everywhere played in full on the show this week. It comes from one of the last of the albums Sanders recorded for Impulse! and f

eatures the under-rated piano of Joe Bonner. This is truly music that encompasses freedom and gentleness and speaks deeply of peace and understanding. Sanders, of course, played with John Coltrane in his last years – and in his more recent recordings Sanders channels ‘trane so convincingly that if you close your eyes… You can hear this clearly on this excellent 2011 live concert from London’s Jazz Cafe (here presented in full) – for example, on  the Sanders composition Nozipho that begins the show.

The Pharoah Sanders world of cosmic spirituality could apply equally to the music of  Alice Coltrane. This week’s show featured the tune Blue Nile – which includes Sanders on tenor saxophone and alto flute. Recorded in 1970, this harp/piano/tenor saxophone combination has become a template for many more recent cosmic jazz heroes, including the UK’s Matthew Halsall and Nat Birchall. Just listen to Halsall’s Tribute to Alice Coltrane here to see what we mean. Coltrane’s soaring, modal sounds can be found on Ptah, the El Daoud or the excellent Impulse! compilation Astral Meditation which is an excellent place to start your Alice Coltrane journey. Joining Coltrane and Sanders here are Joe Henderson (tenor saxophone), Ron Carter (bass) and Ben Riley (drums). 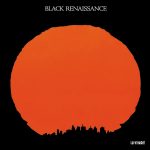 same name led by Harry Whitaker. The CD has two tunes only and normally I am so enraptured and mesmerised by the first that I play it over and over again. Last week, however, I left the CD playing and gave the second track some attention. Magic Ritual does not match Black Renaissance – I doubt if there is much that can – but it is good, deserves to be heard and has that same feeling of spontaneity, joy and the search for  African-centric expression.

To end the show I played as much as time would allow of what is currently my favourite Fela Kuti tune, Just Like That. You can find it on a number of Fela releases including the excellent compilation, The Two Sides of Fela,  French Barclay release and distributed here by none other than Gilles Peterson’s Talkin’ Loud label. It’s not that easy to find now but you can also get Just Like That on the Underground System album.

So – having whetted your appetities – would you like to listen to twelve hours of spiritual jazz? For much more of this music, listen to this magisterial, extended review of the genre from London’s NTS Radio. Thanks to Kalamu ya Salaam and his excellent Neo Griot blog for this one.