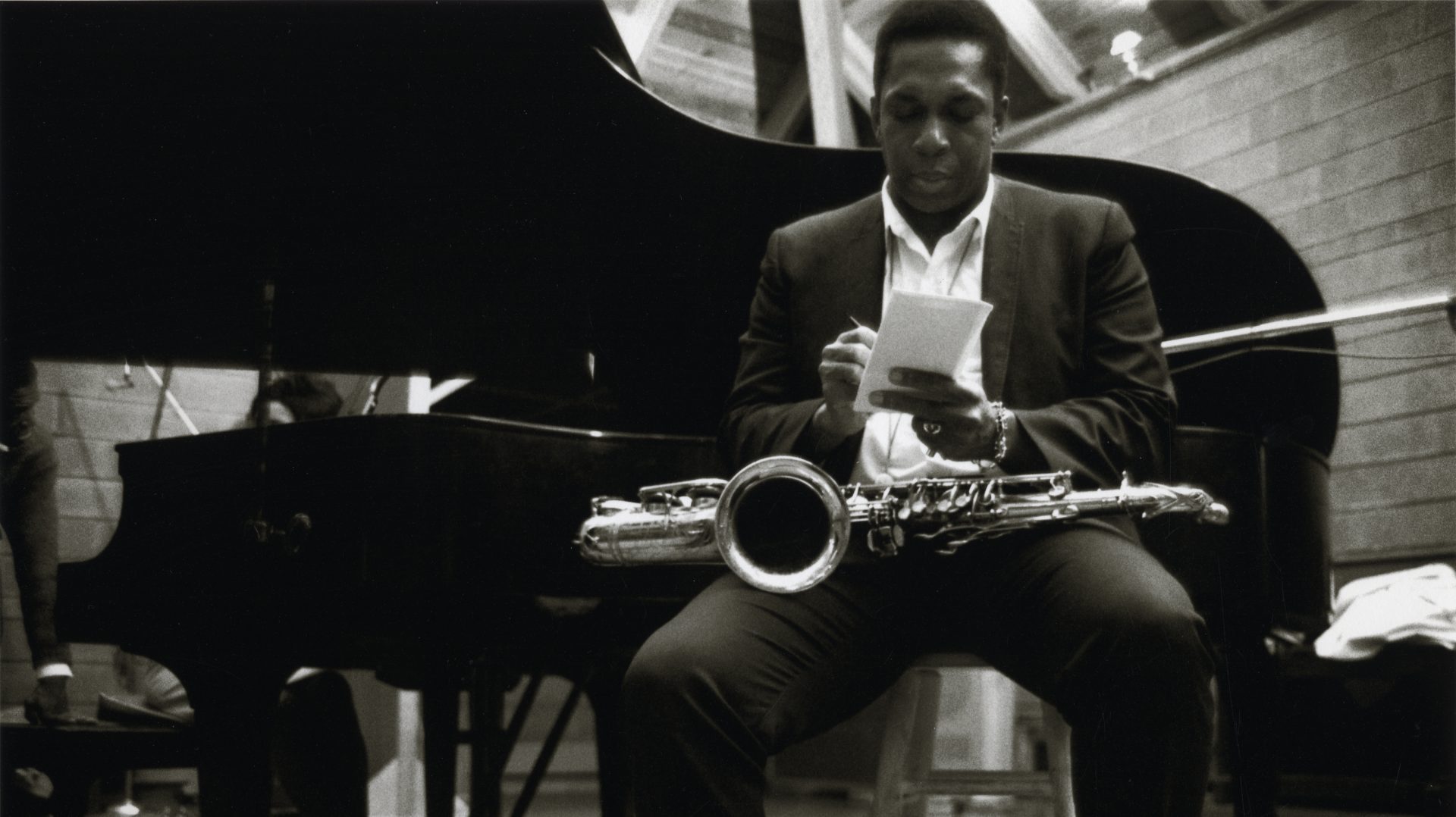 17 July 2017 marks the 50th anniversary of the death of John Coltrane. His music is really at the heart of what we do here at Cosmic Jazz – always searching, sometimes on the edge, often lyrical and usually deeply emotional. Perhaps that’s why we’ve played so much of Coltrane’s music over the years – and, of course, he remains a huge influence and presence for many young musicians today.

Among these is Nubya Garcia who played the Singapore Jazz Festival this year with Gilles Peterson. Garcia is a young London-based saxophonist and her group includes Binker Moses, the

drummer who featured on CJ last week and who – but for a slight technical problem – would have featured again this week.  We played Contemplation from her album Nubya’s 5ive – a highlight for me of her live performance in Singapore. It’s a McCoy Tyner composition and he was, of course, a prominent member of John Coltrane’s classic quartet. It’s an interesting example of how an interpretation should be done – new perspectives and a sound that is very much of now whilst retaining the modal heartbeat of the original.

For a take of the real deal we then featured the Coltrane tune Offering. Recorded in February 1967, a few months before his death, with ‘trane’s band now featuring Alice Coltrane on piano, Jimmy Garrison on bass and Rashied Ali on drums, this album wasn’t released until 1995. It gives no suggestion of where Coltrane might have gone in his musical exploration but his playing is as spirited and sharply defined as ever. Stellar Regions is an album well worth getting hold of.

But we began the show this week with more contemporary British jazz boundary stretching – perhaps a reflection that Cosmic Jazz is playing out this weekend at the Global Village in Christchurch Park Ipswich on Saturday and at 13:30 on Sunday afternoon at the Norwich Lanes Summer Fayre, outside the treasure that is the

independent Soundclash record shop. The Comet is Coming has what has been described as combining elements of jazz, funk, electronica & psychedelic rock! Shabaka Hutchings is one of the core players and, with pure jazz credentials not in doubt, he’s one of many new(ish jazz musicians, who need to extend beyond the artificial boundaries that can sometimes contain any genre of music. Drummer Nick Woodmansey (aka Emanative) also provided an edgy, contemporary, electronic sound – and you can find much more of his music here on his Bandcamp site.

A trip around three European countries demonstrated that jazz – perhaps in more conventional form – is alive and well across the continent. Trumpeter Jerzy Malek sounded very melodic after what

had been on the show up to that point and Belgian drummer Jelle van Giel led his band on a pleasantly uplifting number from his 2017 album The Journey, managing to make what is not a large group sound like an orchestra. Talking of orchestras, from Finland came the Koko Jazz Orchestra, set up as a house band for the Helsinki Jazz Club. Its leaders are drummer Jussi Lehtonen and pianist Jussi Fredriksson and the band’s new album presents the music of these two. For another taste of this band, listen here to Chillin’, another composition from Jussi Lehtonen.

I loved The Lagos Music Salon album from New York based singer/composer Somi. The music has a jazz feel while incorporating other sounds too. The same feel is on her new album Petite Afrique – whilst it’s perhaps not as good as the last one there are still many interesting moments.