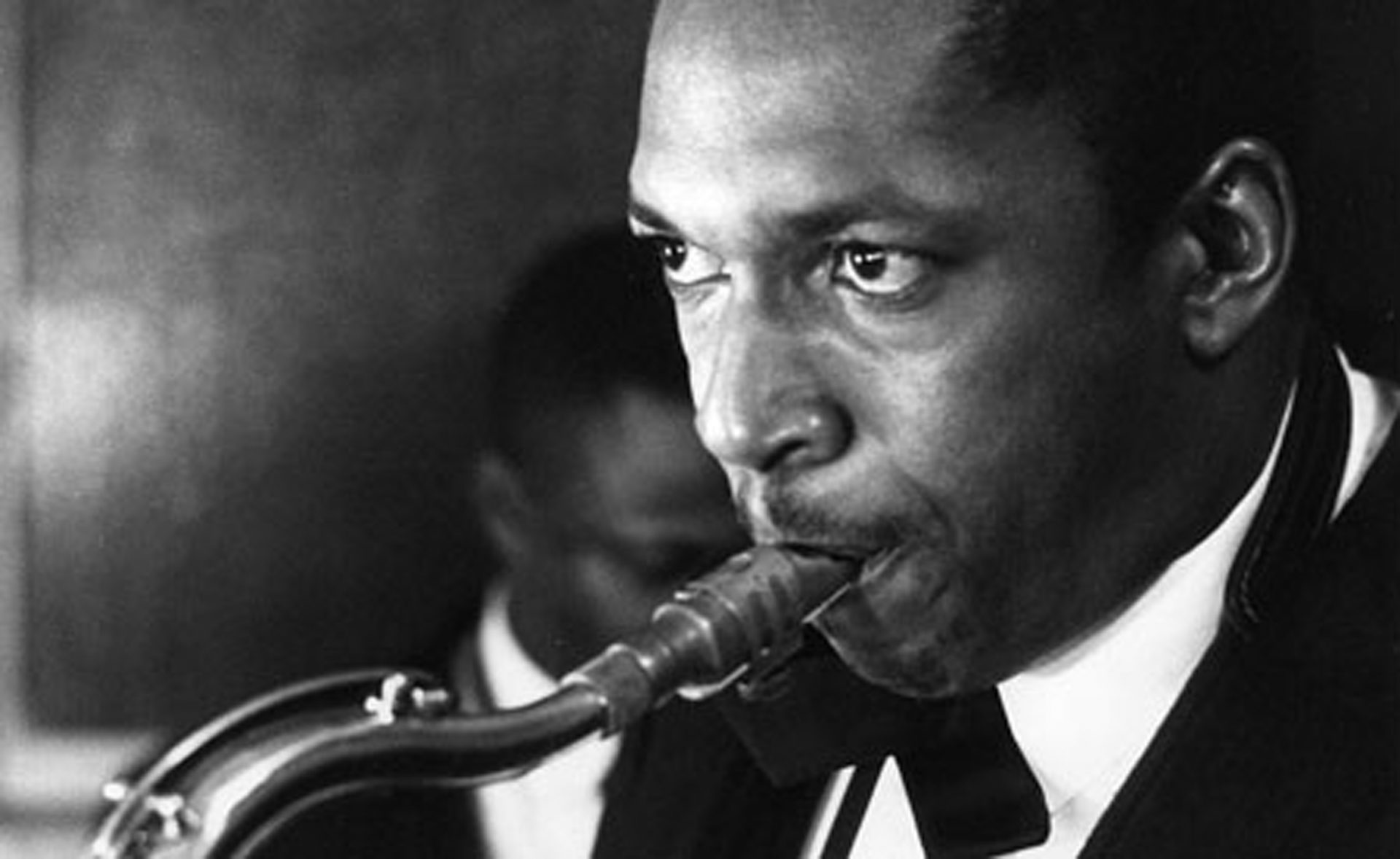 17 July saw a significant anniversary in jazz – it was exactly 50 years since the death of saxophonist John Coltrane, and so here on Cosmic Jazz we have been celebrating his life and work over the last three weeks. Tonight is our final look at Coltrane’s music – but this time through the interpretation of others.

We began the show with a track featuring the classic Coltrane quartet – Coltrane on tenor saxophone, McCoy Tyner on piano, Jimmy Garrison on bass and Elvin Jones on drums. Tunji comes from the 1962 album Coltrane and is dedicated to Babatunde Olatunji, the Nigerian percussionist who influenced Coltrane’s music.

CJ then celebrated the influence of Coltrane’s music on other musicians, beginning with one of our most underated British saxophonists Alan Skidmore on a 2CD set recorded live at the Boxford Fleece, here in Suffolk. We chose Skidmore’s take on Resolution, the second part of Coltrane’s most famous composition, A Love Supreme and followed this with a take on Countdown, first recorded by Coltrane on the Giant Steps album of 1960 – a virtual template of jazz standards including the title track, Naima and Mr P.C. The artist was the young Indonesian pianist Joey Alexander, whom we have featured on the show previously. Alexander is something of a phenomenon, having recorded his first album at the age of 11 – titled, My Favourite Things, it featured both this and his treatment of Coltrane’s Giant Steps.

We had to play at least one Pharoah Sanders tune and I chose a live version of Naima, recorded on the Crescent with Love album from 1994. Sanders was, of course, a member of Coltrane’s expanded groups of the mid and late 1960s. He first worked with Coltrane in 1965 on the Ascension album, perhaps the most free of Coltrane’s releases. His albums from the 1970s onwards featured Alice Coltrane. Now 76, Sanders continues to record although mainly as a featured artist on other’s recordings.

Dwight Trible’s rich, deep baritone voice has featured on several recent recordings – including his Living Water album of 2006 which featured a vocal version of one of Coltrane’s most beautiful tunes, Wise One. The track we featured – Dear Lord – is very much in the same tradition. It comes from Trible’s new release on Manchester based Gondwana Records and features Matthew Halsall on trumpet.  We will feature more from this excellent album

in future programmes. British tenor player Denys Baptiste is one of a number of jazz musicians who have released albums celebrating the music of John Coltrane in recent months, and Late Trane appears on the excellent Edition Records – our label of the year for 2016. Baptiste is joined by Nikki Yeoh on piano and keys, Gary Crosby on bass and with special guest Steve Williamson on tenor on some tracks, including the beautiful After the Rain.

Nat Birchall’s excellent website indicates his debt to his first love – Jamaican dub. This is significant as Birchall makes clear he was an enthusiastic listener before becoming a musician – sound has always been the first and most important thing about music to me, he says. In this he shares much with John Coltrane who released an a

lbum simply called Coltrane’s Sound. Writer Ben Ratcliff refers to Coltrane’s continual search for a sound in his thought-provoking book Coltrane: The Story of a Sound, identifying the restless searching that puzzled so many of those around him. As Ratliff explains in his introduction, the book is about jazz as sound. I mean ‘sound’ as it has long functioned among jazz players, as a mystical term of art: an in, every musician finally needs a sound, a full and sensible embodiment of his artistic personality, such that it can be heard, at best, in a single note.  It’s easy to conclude that we have still not caught up with Coltrane’s journey, even fifty years after his death – something that’s not true now of his contemporary, Miles Davis, whose most out-there music (for example, On the Corner, released in 1972) is now appreciated as a ground-breaking work that has influenced so much modern music from Steve Reich to techno and trance. Much like those who worked with Davis at this time,  Coltrane’s own sidemen in the mid sixties had little idea of what Coltrane was up to. Elvin Jones simply shrugged and said Beats the shit outta me and for many listeners this is still what is often thought of Coltrane’s experiments in sound.

We ended the show with something of a contemporary favourite. Several remixers have tried to put their own stamp on Coltrane’s iconic A Love Supreme – but none have succeeded like Berlin duo Skinnerbox. It’s not easily available anymore as a download, but you can listen to the edited dub version here on Soundcloud. Highly recommended.

Finally, to expand your thinking about John Coltrane and his influence, read this feature from Jazzwise magazine by one of our favourite writers, Kevin le Gendre. Incidentally, he would never make Neil’s elementary mistake on the show of referring to Coltrane as an alto saxophonist – although it is true that ‘trane played alto on some of his earliest recordings as well as his final Japanese tour in 1965…