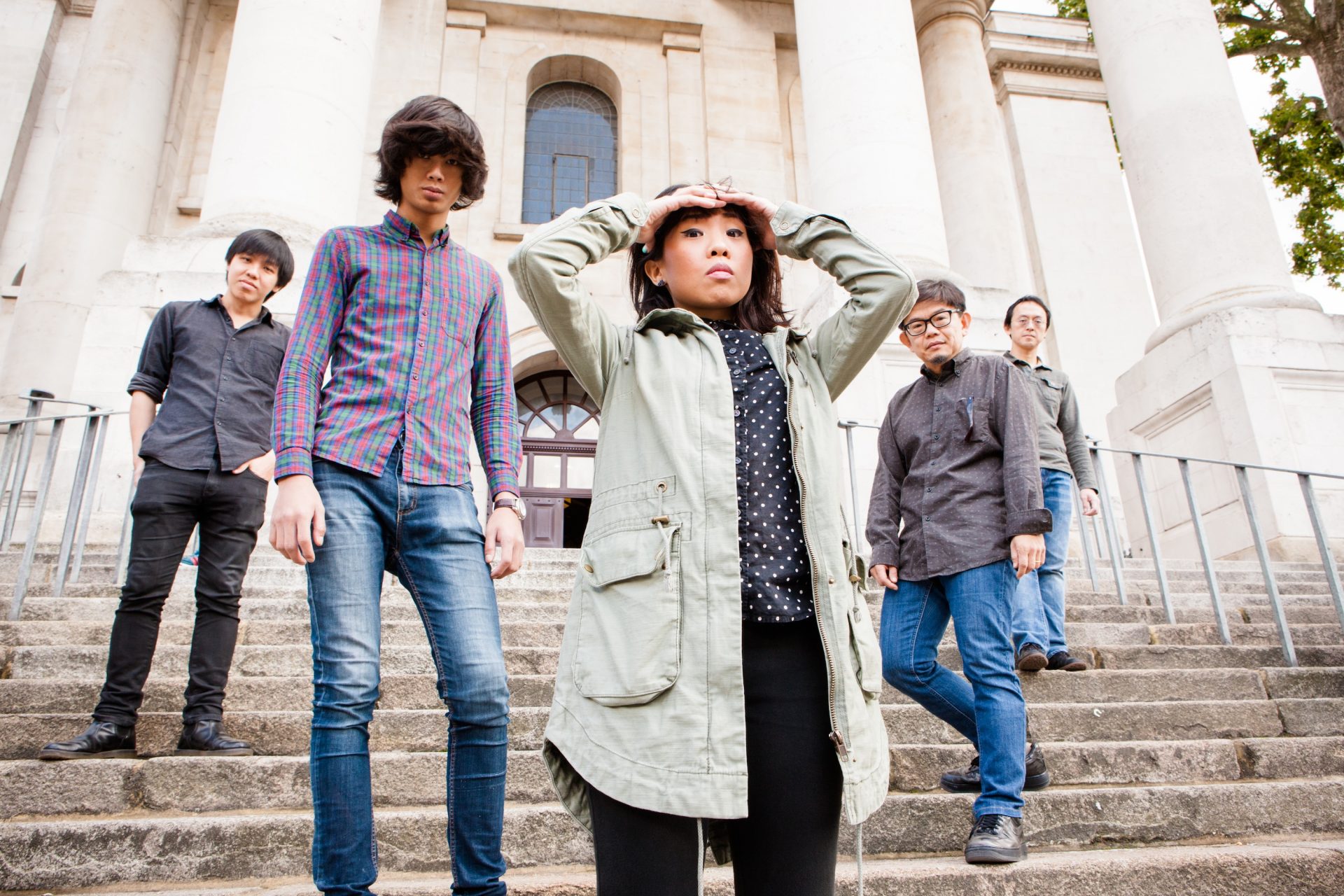 This week’s round up of great jazz included a brief tribute to the originator of vocalise, the late Jon Hendricks. He idolised Brazilian composer Joao Gilberto and apparently at their first meeting,

before speaking a word to each other, they just scatted some familiar tunes. The album that emerged from this meeting, Salud! Joao Gilberto Originator of the Bossa Nova, shows a total empathy with the bossa nova movement: Hendricks’ English wordplay is faithful to the original Portuguese meanings and he pretty much plays it straight throughout. He swings through our choice, You and I (Voce E Eu) and the whole album is highly recommended.

But we began the show with a new track from Singapore’s finest, The Steve McQueens. Terrarium is up there with their 2015 album Seamonster and Hephaestus shows off the qualities of Ginny Bloop’s swooping, darting voice. But the album is also about the interplay between Joshua Wan on keys, Jase Sng on bass and the prolific and versatile Aaron James Lee on drums. There’s a different sound now too – Fabian Lim on saxes and Andrew Lim on guitar left the band in 2017 leaving the melodic weight on keys. Judge for yourself and then check out this album promo.

Up next was an obscure track from the third volume in Kevin Beadle’s Private Collection of personal favourites. Belair was a west coast band of the 70s led by Michael Belair and Tucker Crosby on guitars with Frederic Wetterau on flute and saxes and Private Collection is full of similar entertaining rarities. The seemingly endless supply of new Polish jazz netted two more tracks, including the bass-less Patrycjusz Gruszecki Trio featuring Gruszecki on trumpet and flugelhorn, Zbigniew Lewandowski on drums and Kajetan Galas on Hammond B3 organ.

US producer, keyboard player and singer Daniel Crawford seems to be under the jazz radar and yet his music exhibits strong jazz sensibilities. We like his 2016 album Awakening – and a further twist on the Fela classic Water Get No Enemy would seem a good place to start checking out his music. For more Fela, check out the Neil is listening to… tracks (below) for this week and try this sensational live performance by Erykah Badu, recent curator of a new Fela compilation. Next up was

Norwich’s finest, Mammal Hands with Black Sails, taken from their 2016 release Shadow Work. There’s a split CJ jury on this one – with some suggestions that the increased amount of electronica has masked the vibrancy of both the band’s compositions and performances. Judge for yourself with more from the band – here’s a live take on Kandaiki from their 2014 Animalia album.

Here at CJ we’ve played many releases from the London-based Soul Jazz label and over the last two years we have played several tracks from the 2014 Black Fire! New Spirits! album – but, until this week, not the Doug Hammond Spaces and Things. We ended the show with two great baritone voices, Gil Scott-Heron  and Gregory Porter. They’re linked through Gregory Porter’s BBC4 series Popular Voices – an interesting three part series on a 100 years of some of the

greatest vocalists in modern music. The range was wide, but it was good to see some classic footage of jazz artists including Billie Holiday, Ella Fitzgerald and Gil Scot-Heron, whose classic Winter in America was featured this week. Our final track was from Porter himself who is not only a fine singer but an often exceptional lyricist – as shown here with Painted on Canvas.