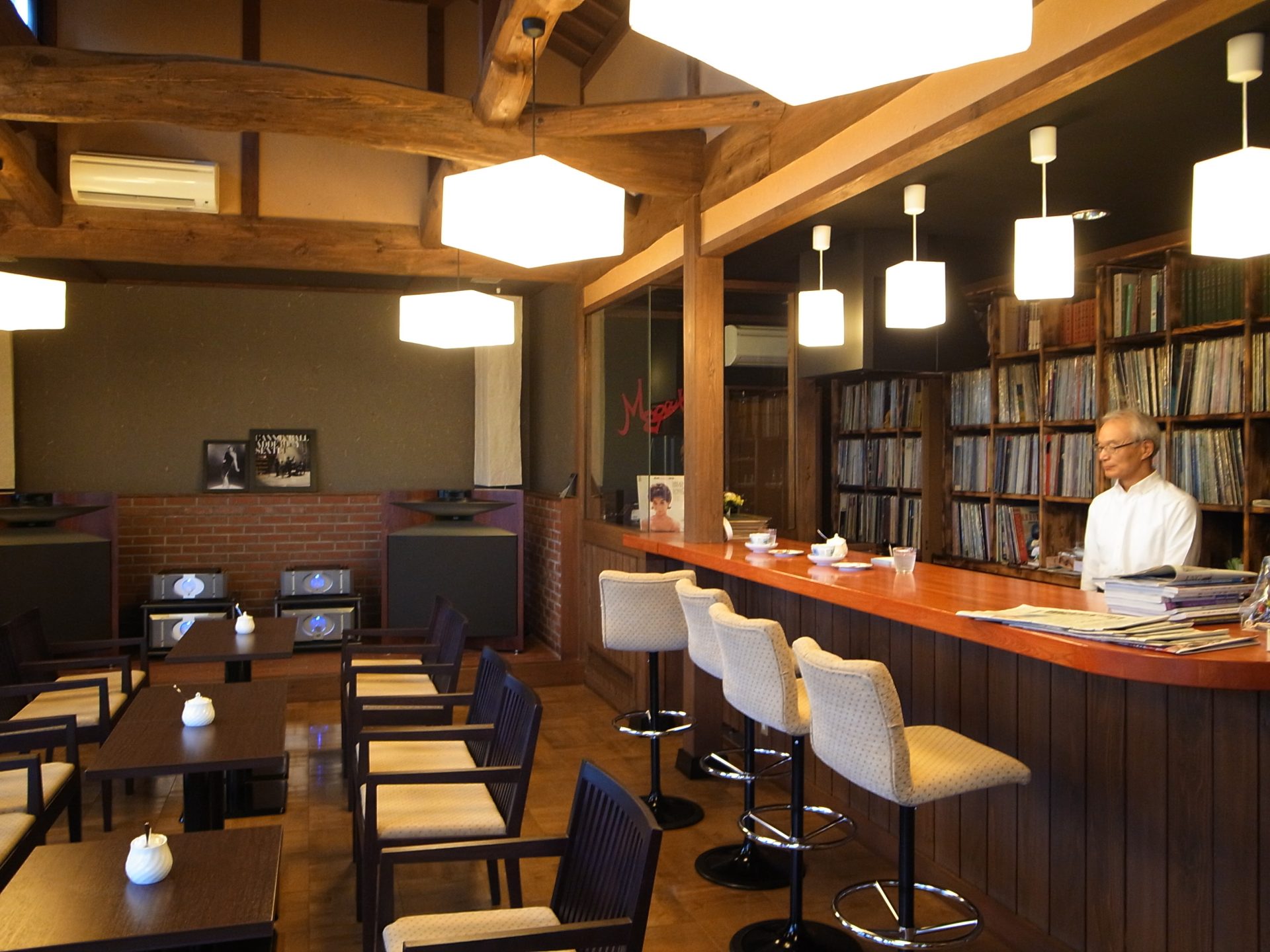 Our CJ playlist can be influenced by several things – music we have seen live, new releases, sudden whims, events at the time or music we have heard recently. This week, part of the show was influenced by a recent BBC Radio 3 Sunday feature programme on Jazz Japan – and you can catch it on BBC Sounds here.

The programme was presented by Japan-based musician and journalist Katherine Whatley and included commentary, interviews and snippets of music. Jazz was banned as ‘enemy music’ during the second world war, and yet was wholeheartedly embraced during the immediate post war period and the US-led allied occupation. In fact, the market for jazz within Japan was once so great that the country has variously been credited with having the highest proportion of jazz fans in the world, and almost single handedly propping up the jazz record industry in periods when sales were low.

As an American growing up in Tokyo, a student of traditional Japanese music, and a huge jazz fan herself, jazz was a subject close to presenter Katherine Whatley’s heart. She looked  beyond the enthusiastic collecting (and extensive reissuing) of American jazz records towards the unique contribution that Japanese musicians have made to the jazz scene, and found that the music had become an inextricable part of Japanese culture.

For many years, US groups visited the country to great acclaim.  A quote from Art Blakey on the sleeve notes of his Kyoto album says it all: We’ve played a lot of countries but never has the whole band been in tears when we left. My wife Mary cried all the way to Hawaii. Jazz cafes or jazz  kissaten appeared in Tokyo. On recent years, they have been in decline but some are still surviving – and we have featured them in previous CJ posts (check out 07 April 2018 here). Writers Philip Arneill and James Catchpole  in their Tokyo Jazz Joints have produced a visual history that is well worth exploring. Alongside this, has come several recent Japanese jazz compilations that let you explore that distinctive Japanese approach to jazz. Check out the recent Jazzman 2CD collection for a great introduction.

The programme noted that key features of Japanese jazz included the use of space in the music and the influence of traditional Japanese music. As a fine example of this the show included a Japanese jazz classic Watarase from pianist Fumio Itabashi. It was a very special version of the tune as well – he has recorded several takes of it. This tune is designated as a Symphonic poem, thirteen minutes plus of it, complete with the Kanagawa Philharmonic Orchestra featuring the voice of Yuri Kaneko. It is a grand affair, a moving and spiritual number building to a crescendo where the voice of Yuri Kaneko soars towards the heavens. It is simply one of those very special records and one that – if you can find it in the 2CD version – you will listen to over and again.

Another feature that has developed on the Japanese jazz scene is a club culture. This has forged links with musicians, clubs and DJs in the UK, US and beyond (see Mark de Clive-Lowe below). If you see these bands live it can be a joyous, chaotic and fun-loving experience. None more so than Soil & Pimp Sessions – formed in Tokyo in 2001 – who are notorious for their energetic live performances and who describe their music as death jazz. The other

Japanese band we featured this week from that jazz dance scene was Kyoto Jazz Massive. They too were quoted in the BBC programme. Kyoto Jazz Massive produce crossover jazz and electronic sounds and as remixers they have worked with the likes of Bebel Gilberto and Monday Michiru, recorded for the German jazz/dance/electronic label Compost Records and were popularised by British DJ Gilles Peterson.

Mark de Clive-Lowe is a musician/producer/DJ who was born in New Zealand to a Japanese mother. He moved from New Zealand to the UK and then to California. He acknowledges the Tokyo jazz club scene as a major influence on his music. Leaving This Planet was released originally in 2011 as an EP but  was re-worked and reissued as  a digital album Leaving This Planet 2.0 in December 2018. His new album (Heritage) is a direct tribute to the Japanese influences in his music and it may be his best yet. Released earlier this month, we will be featuring it on Cosmic Jazz over coming weeks. You can find it here on Bandcamp and again on Neil’s playlist for this week.

I think there could be mutual admiration between musicians from the Japanese jazz dance club scene and some of the young  jazz musicians that have emerged recently from London.  As evidence, the show included the title tune from Starting Today, the first album from pianist/keyboard player Joe Armon-Jones and Bradbury Street from Sarah Tandy – another piano/keyboard player we have been featuring on the show. This cut is named after the street in Dalston, London where Tandy had a residency as she was starting out with some of those musicians now featured on her album.

We ended the show this week with a short piece from Makaya McCraven, whose new album features some of these new UKK jazz artists and followed this with a tribute to Fela Kuti from Butcher Brown who leads a five-piece band (very small compared to Fela’s…) from Richmond, Virginia. It is not easy to follow the master and some tributes I have heard fall far short, but this one works.