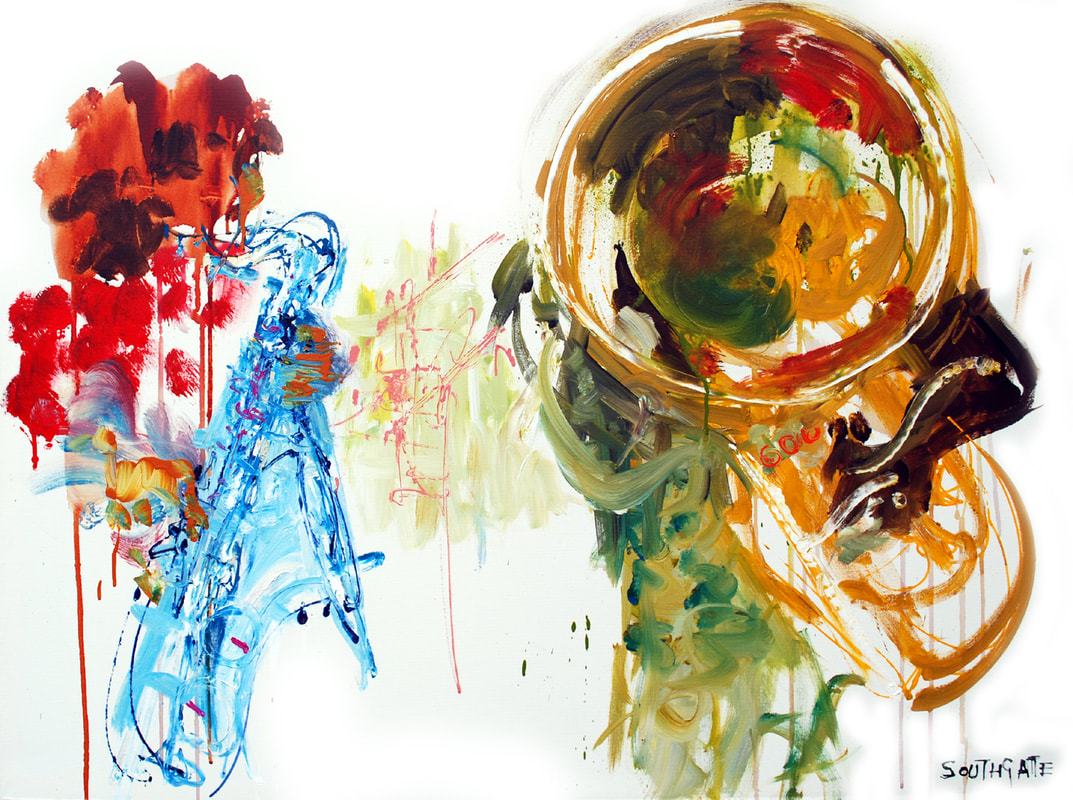 Another Cosmic Jazz show is right here on the MixCloud tab with more new music, another incredible Blue Note celebration and trips to Poland and Brazil.

I first came across tenor sax player Binker Golding through his work with drummer Moses Boyd. Indeed, I saw them deliver a blistering set in a vintage Spiegeltent at the Norfolk & Norwich Festival in 2018. The show this week opens with a great tune from their second ambitious double album collaboration, but

Golding now has a solo album released – Abstractions of Reality Past and Incredible Feathers. The title is a mouthful (and, like – Sarah Tandy’s recent release – in part inspired by the poetry of Emily Dickinson) but the album is a tight, straightahead jazz release – and very good it is too. Released on the London-based Gearbox label, it’s less like other albums from the many of the younger artists on the London scene, in that it’s a relatively restrained jazz quartet album – Golding on tenor sax, Joe Armon-Jones on piano, Daniel Casimir on bass and Sam Jones on drums. The production is typical superb – Gearbox have developed a reputation for clean, weighty pressings mastered on analogue equipment with a correspondingly natural sound. I love the album and shall play more in future shows.

On the new album, Armon-Jones plays some beautiful acoustic piano, including on the track for this week’s show. Often, though, he can be found playing electric piano as on his new album Turn To Clear View where his playing is more rooted in  a classic Fender Rhodes style and further breaks the conventions of jazz with rappers and dub stylings. Armon-Jones recently appeared on the BBC Radio 3 jazz  programme J to Z and identified some of the artists and tunes that he

admires and have influenced him. If you know anything of her work beyond the hit single Forget Me Nots, it is no surprise he selected Patrice Rushen and the tune Haw-Right Now. Kevin le Gendre sums it up perfectly in the current edition of Echoes the Black Music Monthly Magazine in a review of a recently issued Patrice Rushen compilation Remind Me. He says how Forget Me Nots  was “an irresistible piece of youth club  romance” that focused on her vocals but that later her audience “would discover she was also a pianist. More to the point she could really play”. You can hear all her keyboard skills and recognise how Armon-Jones could be impressed on that classic tune Haw-Right Now. And – as an added bonus – it features jazz legend Joe Henderson on tenor sax. We recommend the whole album from which it comes (Prelusion) and that later Elektra Records compilation Remind Me, on the ever-reliable Strut Records.

The show continued with another Blue Note superlative, as we celebrate 80 years of this iconic label. In 1990, the vocalist/pianist/composer Rachelle Ferrell delivered an album of mainly standards, though with two self-penned compositions. Sadly, nothing I have heard from her since has reached the same heights, but this album has to be celebrated. She displays an incredible vocal range – as illustrated on this week’s tune Autumn Leaves – and is accompanied by an outstanding and  impressive group of musicians: Wayne Shorter on tenor, Michel Petrucciani on piano, Stanley Clarke on bass, Lenny White on drums, and Pete Levin and Gil Goldstein on synthesiser. We say from time to time (although sparingly) that some records are simply must-have albums. This one is right up there with some of our other recommendations.

It was now time to feature musicians from beyond the UK and USA with, firstly, a return to Poland and the Pawel Palchowski Quintet. Palchowski is a trumpeter leading a band that includes young musicians and the outstanding drummer Arek Skolik. They have an album of original compositions that captures the mood of the 1950s and 1960s while still sounding fresh and contemporary.

Our final tune came from Brazil and was a remix of a stand-out tune from the album by vocalist Ive Mendes. Her first self titled album from 2002 is a chilled classic and worth investigating if you can find it. With production by Robin Millar, it’s not surprising that the music has more than a touch of Sade’s classic songs – and that’s not a bad thing! This time, however, we played the Sao Benitez remix from the excellent Mr. Bongo Records series Brazilian Beats. All these albums are now available in a budget priced box set – find it here on Discogs.

Neil is listening to..