Welcome to the latest Cosmic Jazz! This and every show is available here on this site at the click of the Mixcloud tab (below). This week enjoy 90 minutes of music presented by Derek.

1. Elements of Life – Berimbau from Eclipse

This was an uplifting way

to start the show: a tune from an outstanding album on the classic Fania label, a double CD inspired and organised by Louis Vega using Nu Yorican musicians. The album includes many excellent re-interpretations of great tunes with all versions bringing something different and interesting to the jazz, latin, deep house and afrobeat inspired tracks. Our choice this week was the tune Berimbau – an offering to the Brazilian single stringed instrument – and written by Brazilian guitarist Baden Powell. The tune has been made famous by many different versions recorded over the years including this version from Celia Cruz and Willie Colon and one of Baden Powell’s superb versions from 1967. 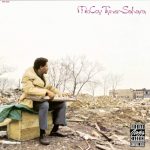 Having mentioned the exalted in terms of Latin music here is a musician from jazz through and through. After he left the celebrated John Coltrane Quartet, pianist McCoy Tyner went on to lead his own bands and produced a series of superb records for the Milestone label. The first of these was the epic Sahara, released in 1972 with Sonny Fortune on soprano sax, alto and flute, Calvin Hill on double bass and an electrifying pre-fusion Alphonse Mouzon on drums. Neil bought this record just a few years after its release and recalls playing it endlessly as a student – to the considerable annoyance of most of his neighbours… Whilst Tyner is rightly praised for his role in the Coltrane quartet, it is in his own records that he really began to fully develop his singular percussive style. Ebony Queen is the opening track on this album which went on to sell over 100,000 copies and represented a commercial breakthrough for Tyner who then recorded some 20 albums for Milestone over a prolific nine year period. Any one of these will reward the listener but new listeners could do well to start with Enlightenment, the Montreux Jazz Festival recording from 1973 that includes the concert favourite Walk Spirit, Talk Spirit, 20 minutes of percussive piano and a draining, exhilarating performance best seen in this video recording from the concert.

From the classic to

the contemporary took us to JZ Replacement – an exciting trio who create original, upfront, fast, furious, frenetic and highly danceable music. Two London-based musicians – Jamie Murray on drums and Zhenya Stricalev on sax – are joined by Los Angeles bassist Tim Lefebrve. Don’t expect an easy listen: this is different, challenging, heavy music – but that’s what we like and need on Cosmic Jazz. If you enjoy the angular improvising of Ornette Coleman in his Prime Time phase (for example, on Desert Players here) then this might be right up your jazz street. The additional guitar player on this track is the Grateful Dead’s Jerry Garcia – an unlikely alliance, but one that works.

In great contrast to JZ Replacement came contemporary music that was not highly danceable, but calm and entrancing in a very different way. New Bone are a Polish quintet founded back in 1996 by trumpeter Tomasz Kudyk. The current quintet includes pianist Dominik Wania, who we have played before on the show and who according to Polish jazz writer Adam Baruch in the Polish Jazz Blogspot has added a more adventurous approach to the band’s music. Baruch describes the album as “full of melancholy and Polish lyricism”. This title tune provided a good example. As Derek noted, Kudyk’s trumpet recalls another great Polish player, the late Tomasz Stanko. Listen to this live version of the wonderful Little Thing Jesus here.

Certainly not full of melancholy (unsurprisingly, not all Polish bands exhibit this trait!) are another Polish group – the O.N.E. Quintet. One is the first album from this young group and As Close As Light was written by pianist Paulina Almanska who features on the tune. There’s plenty of space for the other musicians in the group – on violin, bass, sax and drums – in a way that provides opportunities for self-expression without anyone ever being over-dominant. We really like their music and, as ever with these Polish sounds, check them out at the always excellent Steve’s Jazz Sounds. 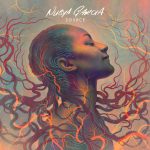 The next five tunes were all selected by Neil from his base a few thousand miles away in Singapore. First up was UK sax player Nubya Garcia from her long-awaited first album that’s garnered lots of very favourable comment and doesn’t disappoint. Neil comments on the quality of her tenor sax playing across the album but there is also some different thumping, dub-sounding bass throughout from UK player Daniel Casimir. The production on this album is very much a step up from Garcia’s first EPs: recorded with producer Kwes, whose credits include Solange and Bobby Womack, Garcia is pushed into new territory that really demonstrates her diversity.  It all remains firmly rooted in jazz but there’s a range of other influences here too – from the afore-mentioned dub to cumbia and Ethio-jazz. It all works and this new album is highly recommended. 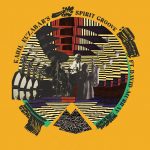 Up next is Chicagoan percussionist Kahil El’Zabar on another new album that features El’Zabar’s contemporary, tenor saxophonist David Murray ably supported by Justin Dillard on piano. El’Zabar performs in various groups including his Ritual Trio and Ethnic Heritage Ensemble. He was a member of the Bright Moments collective with Joseph Jarman and Steve Colson but he’s also worked as a more mainstream sideman with Dizzy Gillespie, Cannonball Adderley and Eddie Harris. The new Spirit Groove band features El’Zabar with Murray, young bassist Emma Dayhuff and Dillard on synth, organ and piano. El’Zabar takes up kalimba, drum kit, congas, shakers, vibes and even has a go at singing on this predominantly spiritual jazz release. Spirit Groove is actually on a new UK label, Spiritmuse and on vinyl is beautifully produced. As always, your best source for this record is the Bandcamp website: you can find Spirit Groove here in all formats and download.

Indonesian piano prodigy Joey Alexander hails from Denpasar on the island of Bali. He was the first Indonesian to get a record into the Billboard Top 100 but Warna, his fourth album (and first for new label Verve), highlights composition rather than covers. Writing ten of twelve tracks here (with Sting’s Fragile and Joe Henderson’s Inner Urge added into the mix), Alexander has extended his range but this is a genuine trio + record. Long time bass partner Larry Grenadier deepens and enrich Alexander’s melodic inventions and new drummer Kendrick Scott is always inventive. On hand to add further colour is guest percussionist Luisito Quintero, performing the same function as Manolo Badrena in Ahmad Jamal’s trio. The other guest, flautist Anne Drummond, adds a different kind of ambience to two tracks. Just four albums in and only 17 years old, it’s interesting to speculate where Alexander might be in another ten records’ time…

Saxophonist Nat Birchall may be known for his albums of spiritual-inflected jazz (see this earlier Cosmic Jazz feature) but his first great musical love was reggae and more specifically the dub sounds that emanated from the Kingston studios of Lee ‘Scratch’ Perry, King Tubby and Herman Chin Loy. Actually, if you go back to the early days of music in Jamaica you can hear that ska and jazz have close links. Listen to the Skatalites on The Guns of Navarone and you will hear this. For his 2018 album Sounds Almighty, Birchall enlisted the services of Vin Gordon, one of the original members of the Skatalites, Studio One regular and featured trombonist on so many reggae classics. The album doesn’t disappoint. It’s really a joint project between Birchall and Manchester-based Al Breadwinner, and the use of reel to reel tape machines and original analog equipment gives it a genuine authenticity. For more of Breadwinner’s music, investigate this link to his music on Bandcamp, where you will also find Vin Gordon’s excellent African Shores album and the brand new release from the Birchall/Breadwinner axis, Upright Living. Sounds Almighty is already out of print in its vinyl format but you can still get copies of the new release in this format. Those long-established links between jazz and reggae have, of course, never gone away – check out Jamaican saxophonist Dean Fraser – still going strong after many years – on contemporary reggae records from Tarrus Riley like Dem a Watch from his 2014 release Love Situation.

11. Ambrose Akinmusire – yesss from on the tender spot of every calloused moment

There will be more of Neil’s selections next time

but it was back to one of Derek’s with a track from the 2020 release on Blue Note from trumpeter Ambrose Akinmusire. This is his fifth studio album and again features his regular quartet of Justin Brown on drums, Sam Harris on piano and Harish Raghavan on bass. This band have been playing and recording for over a decade – and it shows. Akinmusire writes and performs what may well be a cerebral take on jazz but the music never lacks emotional intensity, with the occasional vocals from Jesus Diaz only adding to the experience. This is music with depth and meaning and comes highly recommended. We shall play more.

We ended this week’s show with vocalist Chanda Rule. “The

songs on this album were originally written and sung by unnamed and undocumented African-American mothers, fathers, workers, prisoners, preachers, sons and daughters” says Rule and she adds “I gave many of the songs a lyrical update”. Chanda Rule was born and raised in Chicago, but is clearly influenced by the sounds of New Orleans. She has been an opening act for Kamasi Washington and has also collaborated with Donny McCaslin, but the band here comprises European jazz musicians. They bring a soulful and  gospel feel to the end of the show. More music next week on Cosmic Jazz.