After the edgy diversity of our last show, this new Cosmic Jazz focuses more on what might loosely be called spiritual jazz – a term we have commented on in previous blogs (see here for example). But we begin with an artist that crossed many arbitrary jazz boundaries and was often judged to be less of a true jazz musician for doing so. Perhaps it was Julian ‘Cannonball’ Adderley’s misfortune to have a bright, happy sound on his alto saxophone – none of the acidic tone of Ornette Coleman or Jackie McLean. Add to this his talent for writing catchy, memorable melodies like Mercy, Mercy Mercy and he was never going to be seen as a heavyweight like John Coltrane. But listen to what Adderley brought to what is one of the most famous tracks in all of jazz – So What from Miles Davis’ seminal Kind of Blue. You can immediately tell Coltrane and Adderley apart on this tune – Coltrane’s solo has those characteristic flurries of fast notes while Adderley adopts a more measured bluesy tone. But one is not better than the other. Sadly, Cannonball Adderley was dead at 48 following a stroke, but the range and diversity of his musical legacy is profound: there are some artists you can always rely on in terms of their music having something to say and always being worth a listen. Adderley was a key player of hard bop, he recorded an album of Brazilian sounds and he convincingly explored the axes of jazz and funk – but there was always soul in his music. 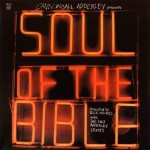 A few years back a local DJ guesting on Cosmic Jazz introduced me to the double vinyl album Soul of the Bible. After spreading the word, I was fortunate to receive the record shortly afterwards as a present and it remains right up there among my favourites. There is soul, there is gospel, there is spiritual jazz. The music is deep and meaningful and is, indeed, a religious and spiritual experience. Adderley is joined by his brother Nat on cornet and the band features George Duke, Walter Booker and Airto Moreira along with a bunch of vocalists, including Fleming Williams from the group the Hues Corporation (remember Rock the Boat?). DJ Rick Holmes provides narration, following up his role on Adderley’s earlier Soul Zodiac record with some truly religious-sounding readings in the style of a chapel preacher. Later on, Holmes would provide the intonation on the Roy Ayers-produced Remember to Remember with its inspiring litany of influential creatives and their epithets: Pass the information/Extend the knowledge/Martin Luther King said – I have a dream/Stevie Wonder said – Innervisions, interpretation, watch with your ears…/Cannonball Adderley said – Sometimes, we are not prepared for adversity, mercy, mercy, mercy. Never before has Cosmic Jazz started with a Psalm, but this week it begins with no less than a take on Psalm 54 – Hear my prayer, O God; give ear to the words of my mouth.

As promised on the show last week, there are two tunes from the young 26 year old Polish pianist Kasia Pietrzko and her trio – a track from her first album Forthright Stories, released in 2007, and the title tune from her new 2020 release Ephemeral Pleasures. Moreover, this week she is playing on both tunes – as opposed to that extraordinary bass solo from Andrej Swies from Ephemeral Pleasures on our previous show. Pietrzko studied at the Academy of Music in Krakow and spent time in New York, learning from Kenny Garrett and Aaron Parks among others. In 2018 she played in Krakow with the great Polish trumpeter Tomasz Stanko and the plan was for a European tour. Sadly, Stanko died later that year and after this it was not until 2020 that she was able to release Ephemeral Pleasures.

Her music is essential listening; it is expressed with deep emotion, it is communicated with considerable intensity and it is organic, honest and deep. These two albums provide promise of a future career with many exciting and creative works to come. I like to think that female jazz musicians are an essential and integral part of the jazz scene, and to draw attention to them is to highlight the exception that in sad reality it so often is. On this occasion, however, I will make the observation that for me two of the best East European albums to reach the UK via Steve’s Jazz Sounds this year included The O.N.E. Quintet, a group of young female musicians, along with this Trio led by a young woman. Add to this the music we have featured from Artemis, the award winning female group, led by pianist Renee Rosnes. Are things slowly changing?

4. Lee Morgan – Absolutions from Live at the Lighthouse 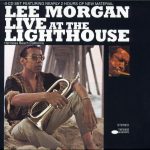 Next up is trumpeter Lee Morgan from an album that’s not easy to find. Like many Blue Note artists, Morgan negotiated his way through the transition from hard bop to the two strands of jazz that were emerging in the late 1960s – a conscious, black awareness sound and the links to funk and rock styles. The seeds of the first of these had already been sown in the lengthy superb title track from Search for the New Land (1964) but a more eclectic, electric approach began with the album Taru (recorded in 1968) and ended with the two final albums – Live at the Lighthouse and The Last Session. Taru includes George Benson on guitar – listen to him here on Durem. Live at the Lighthouse has been available as an extended 3CD set but this is difficult to come by – examples on Discogs can be found here.  Our choice of tune, Absolutions, is only available on this version. Morgan is joined by Bennie Maupin on tenor sax, bass clarinet and flute, Harold Mabern on piano, Jymie Merritt on bass and Mickey Roker on drums. Morgan’s music is much more modal at this point and all tracks on the 3CD version are extended outings. The final tune is a revision of Morgan’s hit The Sidewinder but all others are original to this recording. There’s a real dynamism to the group’s playing here with Bennie Maupin putting in some of his finest playing on record.

The Last Session is just that: it’s the final recording before Morgan’s murder at the age of just 33. 1972 was a really creative time for Morgan as he began to follow the more electrified sounds of his peers. Bobbi Humphrey is on flute and the great Billy Harper is on tenor sax. The two disc album includes tunes that have become almost standards in the modern jazz repertoire – Croquet Ballet and Capra Black. All soloists are on fine form and the record is a tantalising glimpse of the directions that Morgan was taking at this time. On the 17 minute Inner Passions Out, written by drummer Freddie Waits, there’s even an Arabic feel with a Yusef Lateef shenai-sounding instrument accompanied by mbira (thumb piano) – all underpinned with a little studio trickery. On first hearing, you’d never guess that this was Lee Morgan.  All this and a great cover with a very cool looking Morgan staring into the camera. This is an album to search for – and then revel in the new sounds from a very forward-looking Lee Morgan. The double vinyl album is getting pricey now – the CD set is not difficult to find.

5. Matthew Halsall – Harmony with Nature from Salute to the Sun 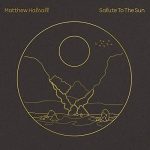 And so we come right up to date with the latest release from another trumpeter, Matthew Halsall. We have featured his music right from the beginning – and so welcome his new 2020 release, Salute to the Sun. In fact, the album pays homage to earlier sounds – Halsall is increasingly influenced by the music (and beliefs) of Alice Coltrane – and this could certainly be said to be music for meditation. Some reviews have been rather disparaging – Daniel Spicer in Jazzwise magazine called it “almost offensively inoffensive”, but in fact Halsall is looking for a rather different soundworld. He has never been a virtuoso soloist, but rather a player focused on a purity of tone developed through a series of themes that often do indeed blend into one another. This is apparent here too – so best to sit down, light a joss stick or two and chill out. But remember: buy the rather beautiful clear vinyl version and you’ll have to get up to change sides – and that’s three times across this 2LP set. 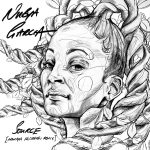 Remixes can go two ways – a disastrously clunky beat-heavy produced-by-numbers extension that misses all the subtlety of the original – or an exploration of defining features that induces nods of appreciation. Chicago-based drummer, producer and beat-maker Makaya McCraven’s version of saxophonist Nubya Garcia’s Source is one of the latter. This remix appeared in November this year and is well worth seeking out. Unusually, it’s just less than half the length of the original track, and adds in bass-heavy production to elevate what is an already uplifting tune. A genuinely creative interchange between two musicians who have a fine appreciation of each other’s talents. You can find it right here on – of course – Bandcamp.

7. Booker Ervin – A Day to Mourn from The Freedom Book

I am trying to go through my record shelves to dig out interesting records that I haven’t played for some time (or even forgotten about) with the intention to bring them to the show. A recent examples was this 1963 Prestige hard bop album by American saxophonist Booker Ervin – The Freedom Book. The tune we selected, A Day to Mourn, seemed to fit well with the spiritual, religious and intense emotions in much of the music on this week’s show. Booker Ervin had already come to be noticed through his work with Charlie Mingus on some of his classic albums, but from 1963 to 1966 he released solo albums on the Prestige label. The musicians were assembled specifically for this record, rather than being part of a working group. Booker had played together with pianist Jaki Byard during his work with Mingus and here he was also joined by the much-recorded Richard Davis on bass and Alan Dawson on drums. The album was recorded by no less than Rudy Van Gelder at his studios on 3 December, 1963.

This is the tune on the second side of a vinyl record from British multi-instrumentalist Emma-Jean Thackray. It is on the new Night Dreamer label and the records are made at their Artone Studio in Haarlem, The Netherlands. Night Dreamer specialises in direct-to-disc recordings, a process whereby the music is cut onto acetate from single live performances. The label takes its name from the Wayne Shorter album of the same name – here’s the superb title track. “Its a paradox, in a way, like you’d have in a dream – something that’s both light and heavy” noted Wayne Shorter speaking to Nat Hentoff who compiled the liner notes for his 1964 Blue Note release. The Night Dreamer label aims to produce music that incorporates the essence of what Wayne Shorter conveyed, and it’s interesting to note that one of the other records on the label is a collaboration between Cosmic Jazz favourites Maisha and Gary Bartz. You can find it here. As we’ve commented before, it’s worth noting that the Thackray record on vinyl is less good value in terms of price per minutes of music than some of the other releases on the label. But that shouldn’t deter you from exploring the wide range of music on this excellent new British label. Their latest release is from Sarathy Korwar, another British musician we have championed here on the show. You can listen to and then order his new 2LP release right here. More great new jazz coming soon here on CJ…