This show looks back to pay respect to the music of the late Stanley Cowell, previews more Black Jazz Records re-releases and then goes more contemporary with Christian Scott a Tunde Adjuah and Alfa Mist.

2. Stanley Cowell  – Let Me Love You (Let Me Be Me) from Talkin’ ‘bout Love (also available on BGP presents Jazz Funk) 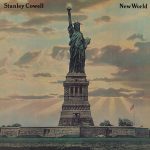 The jazz pianist, record label founder and educator Stanley Cowell died on 17 December 2020. The show begins with three selections that display the versatility of a musician who was classically trained but was essentially a jazz pianist, yet turns up on a British BGP label compilation of jazz funk. He was born in Toledo, Ohio, went to college at the University of Michigan, where he met Roland Kirk and then moved to New York. He played in the groups of many top jazz artists – for example, Sonny Rollins, Marion Brown and Max Roach. It was while playing for the latter that he met trumpeter Charles Tolliver. They both appeared on the essential Max Roach album Members Don’t Git Weary with its Stanley Cowell standard Equipoise. Together they produced an album but found themselves frustrated by the limited recompense that major labels offered to jazz artists at the time. Their answer was to start their own record label Strata East. It was an important contribution to the Black Arts Movement, with Pan-African influences, releasing many records and becoming one of the most successful black-led labels of the time. Cowell continued his work as a sideman with – for example – the Heath Brothers, Bobby Hutcherson, Arthur Blythe and Art Pepper. From the 1980s Cowell concentrated more on his work as an educator at universities in New York. He retired in 2013 but continued to make some public appearances, releasing the album Juneteenth in 2015. Cowell’s New World album with its iconic Statue of Liberty cover is a great place to start with with his music. His fourth and final record for the Galaxy

label, New World (1981) has the considerable advantage of a rhythm section with Cecil McBee on bass and Roy Haynes on drums. All the tunes are excellent and the album begins with an inspiring version of Duke Ellington’s ballad Come Sunday. The second choice comes from Cowell’s 1978 Talkin’ ’bout Love album which takes an altogether funkier route  – as epitomised in the cut The Stroker which has more than touch of the blaxploitation movie soundtrack about it. The final choice is a bona fide Cowell classic: the title track from his 1992 Travellin’ Man album on the Black Lion Records label which also features a trio version of Blues for the Viet Cong. 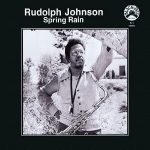 From Strata East to another important independent black-led record label – Black Jazz Records. Real Gone Music are re-releasing the entire catalogue – an exciting development for us here at Cosmic Jazz. We have played tunes from the first batch of re-releases and in this show we have two more. Rudolph Johnson was a sax player from Columbus, Ohio. His playing drew comparisons with John Coltrane and he shared Coltrane’s devotion to constant practice and meditation. The album Spring Rain was his first of two releases for Black Jazz Records and his first as a band leader after work as a sideman. The album has sounds ranging from  bebop to soul jazz and a touch of funk. The other musicians in the band were drummer Raymond Pounds (who played with a variety of artists from Pharaoh Sanders to Stevie Wonder to Bob Dylan), pianist John Barnes who could be found playing with several Motown artists and bass player Reggie Jackson also features on the excellent Black Jazz record Coral Keys from Walter Bishop Jr. 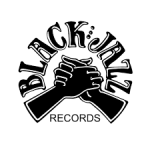 The Rudolph Johnson record will be released, along with Shawn-Neeq from Calvin Keys, on 5 February 2021 for Black History Month in the USA. Calvin Keys is a guitarist and Shawn-Neeq was his first Black Jazz release. We’ve featured music from his other Black Jazz album on an earlier Cosmic Jazz show – see here. Keys spent the 1960s supporting organ players such as Jimmy Smith, Jimmy McGriff and Jack McDuff. For this his first record as a leader he wanted to play with a piano player and chose Larry Nosh whose credits included work for L.A. Express, Eddie Harris, Bill Withers and Etta James. Also featured are bass player Lawrence Evans, drummer Bob Brave and flautist/songwriter Owen Marshall. Following this release, Keys became an important figure on the Bay Area Jazz scene and the new sleeve notes include an interview with him. Guitarist Pat Metheny was to acknowledge Calvin Keys as an influence.

This is Scott aTunde Adjuah’s third live album and was recorded at the Blue Note Club in New York in 2020 and so must have been one of the last pre-lock down live releases. In the session he took a number of songs from previous albums and reworked them but this choice is actually a version of David Crosby’s Guinnevere. It really bears little relation to the original melody, however, and is more inspired by the Miles Davis version which first appeared in an edited version on a unreleased tracks compilation Circle in the Round (1979) but is really part of the Bitches Brew sessions and can be found on more complete versions of that celebrated album. Listen to it here. Derek remembers David Crosby being the subject of a feature in the UK New Musical Express paper in its punk years heyday, sharing the good news that he had cancelled a UK trip! Indeed, Derek, his stock has risen since then and he is currently acclaimed for a recent trilogy of records with a band of much younger musicians, including Michael League and Bill Laurence from Snarky Puppy. Scott aTunde Adjuah’s version is not only based on the Davis interpretation but outdoes it in many ways, and includes a trumpet solo that went on to win the improvised jazz solo of the year in this year’s Grammy Awards. The Davis original has a tendency to ramble and would undoubtedly have benefitted from the studio wizardry of producer Teo Macero that is so much a part of the original four album sides of Bitches Brew. 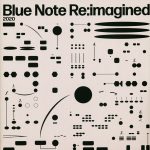 Alfa Mist is from the UK and like Scott takes influences from other contemporary urban music. He is a London-born pianist, producer, multi-instrumentalist and rapper. He came up through grime and hip hop but, inspired by jazz samples he heard, he taught himself piano at the age of 17. His music reflects a range of influences: it is interesting, contemporary and an example of the eclectic sounds that are making their mark on the younger artists of the contemporary British scene and so it’s not surprising that he was selected from this influential group to contribute Eddie Henderson’s Galaxy to the new Blue Note Re:imagined compilation. For those of a nervous disposition towards such reworkings it is reassuring to note that this new album bears little resemblance to the 2004 Blue Note Revisited project, in which a group of celebrated DJs and turntablists face-lifted some classic Blue Note tracks, this one sticks to bona fide new UK jazz artists. Sixteen classic tracks are reworked to create a bridge between Blue Note’s past and future, with contributions from Shabaka Hutchings, Ezra Collective, Nubya Garcia, Mr Jukes, Steam Down, Skinny Pelembe, Emma-Jean Thackray, Poppy Ajudha, Jordan Rakei and Jorja Smith. Not everything works but there are some excellent and original takes on Blue Note tunes old and new. An early favourite of mine was Jorja Smith’s version of St Germain’s Rose Rouge – you can compare the original with the new version here.