The music on Cosmic Jazz this week comes from Brazil, Poland, the UK and the US. There are artists new to the programme, more essential Black Jazz Records re-releases and differing styles of fusion. 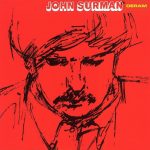 It is always good to start the show with something funky and uplifting that could even get your body moving. “One of the funkiest British jazz records” is the description to this tune in the notes to Messin’ Around 3: Tighten Up, a 2001 dancefloor jazz compilation, where this track can be found. It comes originally from  sax player John Surman’s first album of 1969, simply called John Surman, and is interesting because Surman moved on to enter vastly different territory, as top musicians so often do. His more recent output for ECM Records has been either in interesting large scale jazz groups or in multi-tracked solo ventures. This first album had a ‘Who’s Who’ of the young British jazz musicians at the time, including Mike Osborne on alto, Errol Phillip on congas, Dave Holland on double bass, Malcolm Griffiths/ Paul Rutherford on trombone and Harry Beckett/Kenny Wheeler on trumpet and flugelhorn. 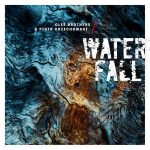 The Oles Brothers from Poland have been performing for over twenty years with Marcin on double bass and Bartlomiej on drums. They are joined on this record by young pianist Piotr Orzechowski. This is an original take on the early Weather Report music composed by Austrian pianist Joe Zawinul. The Oles Brother are quite correct in identifying the European element in these early works: they’re quite unlike the later jazz fusion style increasingly adopted by Weather Report as they became a jazz supergroup in the late 1970s. Their earlier material (the source of all these Oles Brothers interpretations) was in large part composed by Zawinul and reflects a much more ethereal, contemplative approach – as heard in Milky Way, the opening track of their first self-titled album released in 1971, and which has inspired a suite of improvisations on this record. That 1971 self titled first album is indeed a certifiable jazz classic, but the Oles Brothers – along with the subtle pianism of Piotr Orzechowski – have succeeded in creating something very special too. “We wanted to strip Zawinul’s output from fusion and electric sounds” said Marcin Oles and this is exactly what they have done in their selections from both the first and second Weather Records. Waterfall, the tune on this week’s show, is a long way removed from Zawinul’s original conception and – as with John Surman above – is further proof that the best musicians do not stay on the same path. Check this one out at  Steve’s Jazz Sounds – home to great jazz from Europe and elsewhere. 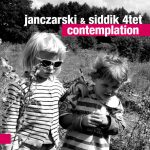 What a record this is! Rasul Siddik on trumpet, flutes and vocals (on their atmospheric take on Jim Pepper’s native American inspired Witchi Tai To), Borys Janczarski on tenor sax, Michał Jaros on bass and Kazimierz Jonkisz on drums play the tunes of some of their jazz heroes, including Woody Shaw, Don Cherry and Joe Henderson. Youth (Janczarski and Jaros) and experience (Siddik and the extraordinary Jonkisz) come together to create an album of contemporary jazz classics that mixes freeform and mainstream energy to excellent effect. Contemplation is one of McCoy Tyner’s most distinctive compositions and this excellent version pays tribute but has its own clear identity – compare with Tyner’s original here. It’s worth noting that the criminally neglected tenor player Jim Pepper was of Kaw and Muskogee Creek descent and his music often reflected this background. He was encouraged to tap into his native American culture by Don Cherry and the two were to collaborate on a number of albums, most notably on his 1983 record Comin’ and Goin’ which includes a version of Witchi Tai To.  Perhaps even more affecting is Pepper’s original recording of this tune on his first record (and currently one of the few in print) Pepper’s Pow Wow, which included Larry Coryell and Billy Cobham in the line up.

4. Maria Schneider – The Sun Waited For Me from Data Lords 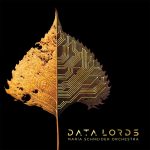 We are huge fans of Maria Schneider’s big band recordings – and perhaps her 2020 release Data Lords is her finest achievement yet. It topped many critic poles at the end of the year – and justifiably so. Ambitious in scope and powerful in execution, the music looks at the darkness of our data-driven dystopia and contrasts it with a more contemplative and natural path. On disc 1, Ben Monder’s guitar scrabbles over the dark themes, accompanied by David Bowie saxman Donny McCaslin and the ‘trane-like solo sounds of Rich Perry. The album’s second CD is in more familiar Schneider style, closing with the sumptuous solemnity of The Sun Waited for Me. The album can only be found on the crowd-funded ArtistShare label – Schneider is a forthright advocate of musicians’ ownership of their work and the music is only available for physical or digital purchasing – no streaming allowed. We’re happy with that stance here at Cosmic Jazz! 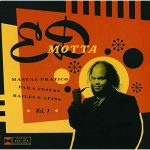 Given that he’s the nephew of singer Tim Maia, it was perhaps inevitable that Ed Motta would make his way in the world of Brazilian music. However, he’s developed his own individual identity much of which derives from his deep understanding of American soul, disco and funk tropes – all of which can be found in his music. If you’ve heard his more recent music  (like the infectious Dondi from his 2013 AOR album) you’ll recognise his style immediately in this relatively early tune from 1997. Motta went on to work with Roy Ayers, 4 Hero, Seu Jorge, Incognito and others. Your starting point should be the aforementioned Steely Dan-influenced album AOR, which is a delight whether in Brazilian or English lyric versions. The superb horn section on Daqui Pro Meier is Serginho Trombone on trombone, Bidinho and Altair Martins on trumpets and Ze Carlos Birgona and Henrique Band on saxes. 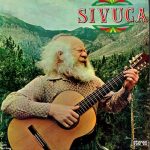 We’re hot with the Real Gone Music label at the moment. This February re-release  from the Brazilian multi-instrumentalist Sivuca has been only awaited. Sivuca’s music spans a gamut of influences from regional Brazilian folk styles through to jazz and bossa nova. This tune about Rosa at the favela is a gently swinging and mesmerising piece that entices you into its grooves. Sivuca supported many important artists, including the Brazilian great Airto Moreira, but also vocalists Harry Belafonte and Miriam Makeba. His own music is truly unique: there is a kind of restrained joyfulness laced with a certain melancholy – indeed a hint of that indefinable Portuguese saudade. It is all beautifully performed with outstanding musicianship – on the surface gentle sounding, but with real subtlety, precision and complexity underneath. Buy this album on vinyl (limited editions in green and yellow!) before it disappears and you’ll come back to it again and again.

7. Gene Russell – You Are the Sunshine of My Life from Talk To My Lady 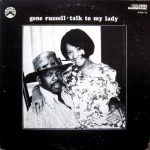 This month also sees two more Black Jazz re-releases from Real Gone Music with one of these the second album for the label by keyboardist Gene Russell, originally released in 1973. Russell was also a producer and much involved in the creative output of the Black Jazz Records throughout its short lifespan. The album Talk to My Lady includes some original compositions but also some covers such this lilting, almost bossa-nova like re-interpretation of Stevie Wonder’s You Are the Sunshine of My Life. Russell is accompanied on the album by bass player Henry Franklin (of whom more later) and guitarist Calvin Keys (whom we featured in previous shows). This record is indeed another example of the musical  boundary stretching that took place at this influential label. It’s to Real Gone Music’s credit that this reissue project covers all of the twenty Black Jazz releases, fully recognising both the very necessary cultural statement (the first black-owned jazz label in 50 years) and its use of state-of-the-art stereo recording techniques (including the issuing of surround-sound Quadraphonic versions of most records).

8. Jarrod Lawson – Embrace What We Are from Be the Change 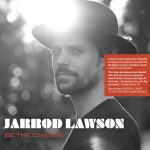 Jarrod Lawson’s second album Be The Change is highly recommended. It is almost in the Black Jazz Records tradition of seamlessly merging styles. There is jazz, there is soul, there is R’n’B all in a highly polished yet emotional and sensitive musical statement. There are political accents too – “It breaks my heart to see the rampant humanity/We can do better” Lawson pleads on this tune. As a multi-instrumentalist, he covers most of the music but longtime percussionist Sammy Figueroa features on several tracks, including our choice Embrace What We Are. 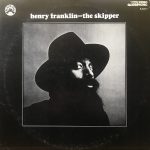 Our second Black Jazz choice comes from the other Real Gone Music February re-release. Bass player Henry Franklin’s first release as band leader appeared in 1972 with label co-founder Gene Russell in charge of the recording. Prior to this, Franklin had played with Latin percussionist Willie Bobo and South African trumpeter Hugh Masekela. There is definitely fusion in the album as a whole and this tune, Little Miss Laurie, hints at pop influences in both its title and structure. Most of the album is made up of original compositions with the organic feel so typical of the label’s output. It’s of course beautifully recorded too.  If you have not discovered Black Jazz Records as yet, now is your opportunity – but you will have to be sharp as some of the vinyl versions are already sold out. There will be more from this label as we move through the year.