The latest Cosmic Jazz celebrates the early work of Mike Westbrook, finds more jazz from Japan and another Black Jazz Records re-release along with new music from Scotland, Italy and the latin quarters of New York. Yes, it’s as eclectic as always – enjoy!

Some musicians are deeply embedded in your memory as a result of their early influence on your taste and choices. The British pianist, composer and bandleader Mike Westbrook and his groups were among the very first jazz performances that Derek saw live and so inspired the lifelong love of jazz that led to the creation of Cosmic Jazz over fifteen years ago. He last saw Westbrook a few years back performing a reprise of his work to celebrate William Blake in a medieval church in Norwich – another life-affirming performance.

On 21 March, 2021 Mike Westbrook celebrated his 85th birthday and so it seemed fitting to include his music this week – focusing on some of his earlier masterpieces. Westbrook studied art in Plymouth before moving to London and becoming part of Ronnie Scott’s celebrated house band in the 1960s. The art school route to jazz has been followed by other artists and it clearly nurtures a diversity of musical expression typical of Westbrook’s output – working with circus acts (see the back cover of the Love Songs album), the poet Adrian Mitchell, performing a jazz cabaret, celebrating the music of Duke Ellington, releasing a single with proceeds going to the Campaign for Nuclear Disarmament (CND), and projects inspired by the lives of poets and painters. Throughout, Westbrook has evolved, experimenting and creating some of the most original music to emerge in jazz over the last 50 years.

Cosmic Jazz celebrates this diversity with three pieces – the first a thing of sheer beauty from Love Songs, a 1970 release with Norma Winstone on vocals, Dave Holdsworth on trumpet and flugelhorn, Malcolm Griffiths and Paul Rutherford on trombones, Mike Osborne on alto, Chris Spedding on guitar among the musicians. We followed this with a track from the second disc of Marching Song, originally issued in 1969 but re-released on CD in 2009. Marching Song was very much an anti-war album reflecting on the horrors of the twenty year long Vietnam War. In two volumes it traces the euphoria of going off to war, the awareness of what is missing – the tune Rosie on the show – and the full tragedy of conflict. Dave Holdsworth, Mike Osborne and Paul Rutherford are on this record too, as is Canadian Kenny Wheeler on trumpet and flugelhorn and UK sax players John Surman and Alan Skidmore.

We ended our tribute to Mike Westbrook with his 1971 masterpiece Metropolis, which tracks a day and night in the life of London. We have previously played the final tune (Part  IX) with its soaring, precise and moving trumpet solo from Harry Beckett evoking the still of the night, cars hissing past on the highway and isolated figures out on the lonely streets but this time our choice of Parts V/VI/VII detailed the wild cacophony of earlier in the day.  Metropolis is an atmospheric, powerful, full-on work and has our unequivocal recommendation as an essential record in anyone’s jazz collection. All demand to be heard in their entirety as complete suites, the way Mike Westbrook intended. Much of Mike and Kate Westbrook’s later albums are available here on Bandcamp – for his earlier work check out Westbrook’s own website and the relevant entries on Discogs. Then settle down and listen – deeply. 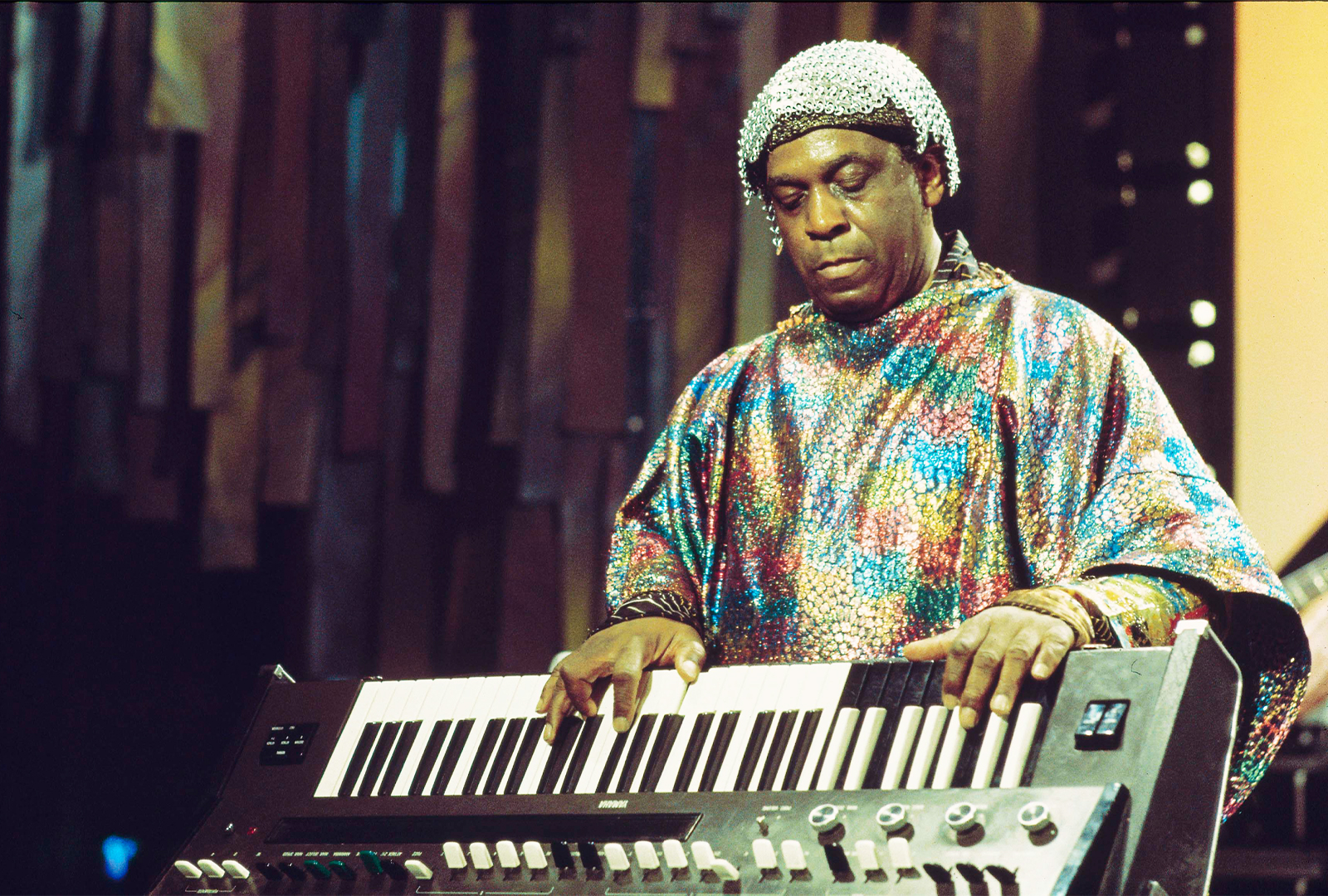 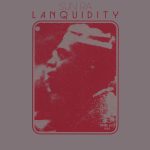 “People are sleeping, and I’m here to wake them up from their slumber.” Lanquidity is one of Sun Ra’s most popular albums and an excellent place to start on his impossibly extensive discography. Recorded and issued in 1978 on Tom Buchler’s short-lived Philly Jazz label, it represented a stylistic pivot for Ra, who had rarely paid much attention to mainstream music trends. Lanquidity is a deliberate product of its time, reflecting late-period disco, bottom-heavy funk, and dance-floor soul grooves but it remains full of surprises, idiosyncrasies, and characteristically leftfield moves. Strut Records are about to issue a complete version of the record in a new 4LP set, with all the alternate takes that were pressed for sale at a 1978 Georgia concert restored. The differences between the two versions are clear – compare the new take we played on the show with the currently available track here. Sun Ra is joined by key members of the Arkestra including John Gilmore on tenor, Marshall Allen on alto, oboe and flute, Eddie Gale and Michael Ray on trumpets, the Disco Kid (!) on guitar and Luqman Ali on percussion. Play Where Pathways Meet to the unconverted and see what happens…

The J Jazz collections from from Tony Higgins and Mike Peden have opened many ears to the range of superb jazz that came out of Japan in the 1960-80s. The third and latest volume adds yet more artists waiting to be discovered. There’s a wide range of styles on offer across the 2CD/3LP set, with samba, funk fusion, modal, spiritual, post-bop, and bossa all getting a look in. Many tracks featured are reissued for the first time, including rare private press cuts from the Yasuhiro Kohno Trio (our selection), Masaru Imada Trio, and Hideyasu Terakawa Quartet. There’s heavy post modal bop by J Jazz legends Kohsuke Mine and Koichi Matsukaze, samba heat from Tatsuya Nakamura, Hideo Shiraki and Seiichi Nakamura and funky dance floor energy by Hiroshi Murakami, Ryojiro Furusawa Quartet and Shigeharu Mukai. As with the first two volumes, selected albums will be remastered and reissued on BBE Records as part of the Jazz Masterclass series. All three volumes of this excellent series are essential – for more on Japanese jazz and the jazu kissa tradition, check out our previous features here and here.

Here in Singapore, Neil is lucky enough to crate dig for some of the best new and used jazz records from Japan and treasures continue to be unearthed. The Mabumi Yamaguchi Quartet (with the leader on some excellent tenor and soprano saxophone) was represented on Jazz Vol. 2 and Neil tracked down the 1978 Leeward album in local vinyl store The Analog Vault.  Distant Thunder is a jazz-funk samba with fine choruses from each band member before Yamaguchi takes up the haunting theme of this excellent piece. The record has now been reissued on Le Tres Jazz Club – a French reissue label specialising in rare and sought after jazz titles – with the original cover and notes in Japanese.

This track appeared on J Jazz Vol. 1 with the complete 1978 album later reissued on BBE as part of the Jazz Masterclass series. The second release from leader and multi-reedist Koichi Matsukaze (alto, tenor saxophone and flute), following on from an earlier live recording, Live at the Room 427 (1976), and is progressive jazz that oscillates between straight acoustic and harder hitting fusion. Again, excellent Fender Rhodes and acoustic piano from Daitoku and some fine horn playing from Matsukaze. Much of this era of Japanese jazz is informed by the US groups that toured the country, first in the immediate postwar years and then in the 1960s when big name artists visited Japan and American labels like Blue Note began pressing records under licence. Jazz centred on Tokyo and Osaka (especially its Dotonburi district) and today a monthly magazine like Swing Journal will sell four times as many copies in Japan as Downbeat does in the US. The vinyl resurgence has also impacted on the country, with Tower Records in Tokyo reopening its vinyl floor in March 2019 in response to the rising demand for analogue sourced music and jazu kissa bars and cafes opening in major cities.

No apologies for more from this excellent sophomore album from Scots pianist Fergus McCreadie. The quietly reflective Tide is typical of the compelling music made by this trio: there’s a strong Scots voice and style but with a EST-like energy and invention. Now signed to Edition Records, McCreadie’s album is definitely one to explore. It’s not all about the pianist of course: McCreadie is part of a trio where there is no obvious grandstanding and David Bowden on bass and Stephen Henderson on drums are central to the musical architecture of each piece on the album. Check out the Bandcamp site here and buy this music – you’ll be listening on repeat for months. 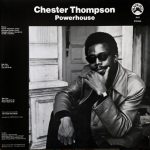 This is the next in the line of Black Jazz Records re-releases from Real Gone Music, available from 30 April 2021. Powerhouse is also one of the rarest and most collectable from the label. Keyboard player Chester Thompson from San Francisco’s Bay Area had long stints with local groups like Tower of Power and Santana  but 1971’s Powerhouse was his debut as band leader. Along with a host of collaborators including well-known soul and jazz names like fellow Black Jazz recording artist Rudolph Johnson on sax,  drummer Raymond Pounds (Pharoah Sanders, Stevie Wonder, Pointer Sisters) and trombonist Al Hall (Johnny Hammond, Freddie Hubbard, Eddie Harris). The title track (actually labeled Power House) pretty much sums up the record: Hammond B3 grooves with horn flourishes that echo the sounds of classic Richard Holmes, Jack McDuff and Lonnie Smith arrangements with the usual high standards of recording we expect from Black Jazz.

Joe Barbieri is an Italian jazz singer/songwriter with something of a debt to vocalists like Chet Baker, Shirley Horn and – on this tune – a strong Brazilian/Jobim influence too. Did Derek also detect a light reggae lilt? Promemoria is the first single from his forthcoming album Tratto Da Una Storia Vera (Based On a True Story) and will be released on 16 April. The album is an autobiographical piece looking back over thirty years as an artist through personal reflections with Promemoria apparently describing the “eternal battle  between regret and remorse…..But then there is always that unshakeable hope that lingers.” It’s an upbeat, positive and encouraging tune that holds great promise for the rest of the album. 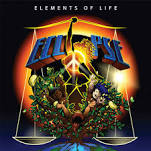 Here on Cosmic Jazz we both like to return and replay music that we love. And – to go back to that influence of the album as a complete musical experience to be listened to throughout – there’s a special pleasure in finding music that just works in this way. The albums from Elements of Life and Nuyorican Soul (both out of the New York Latin communities and with producer and DJ Louis Vega at the heart of things), both fall into this category. Derek chose Berimbau from Elements of Life to follow Joe Barbieri and this led to the superb Nuyorican Soul album – one more recently ‘rediscovered’. This debut concept album was released in 1997 and featured guest appearances from George Benson, Roy Ayers, Tito Puente, the Salsoul Orchestra and – on this celebrated cover of the Rotary Connection classic I Am the Black Gold of the Sun – US vocalist Joscelyn Brown. The brainchild of the Masters at Work team (Kenny ‘Dope’ Gonzalez and ‘Little’ Louie Vega), Nuyorican

Soul was a celebration of their jazzier, old-school latin influences – and it totally works. With a collection of well-chosen covers and sympathetically written new material all interpreted by some old school guests the album is a Nuyorican (New York/Puerto Rican) masterpiece that seamlessly brings together club and street into a mix that still sounds good twenty years down the line. The album includes takes on Bob James’ Nautilus  (bracketed here as MAWtilus), the Salsoul Orchestra’s Runaway and the superb original It’s Alright, I Feel It! – easily the equal to some of those classics. The album closer, George Benson’s You Can Do It (Baby) is unforgettable – listen to the full 15 minute version right here. More from Cosmic Jazz soon…