From time to time on Cosmic Jazz we present a show where we forget about new music and go back to dig out some classic tunes from across the jazz spectrum. This show takes a journey from tunes with conscious messages on to some uptempo jazz funk. 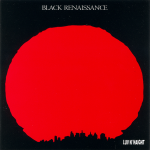 Cosmic Jazz regulars who click the Mixcloud tab will know there are a few records that we love to play again and again. But there is only one that Derek vows to play at least once every calendar year and – yes – it’s that time again. Black Renaissance was a band led by keyboard player Harry Whitaker – probably best known for his work with Roy Ayers (Whitaker played keys on We Live in Brooklyn). He was also Roberta Flack’s music director and he played piano on Gwen Guthrie’s classic Ain’t Nothin’ Goin’ On But The Rent). Whitaker also played on recordings by – among others – Terumasa Hino, Norman Connors, Carmen Lundy, Phyllis Hyman, Gary Bartz and Mtume. His standing can be judged by the quality of the musicians he assembled for the Mind, Body and Spirit session – Woody Shaw, Azar Lawrence, Buster Williams, Billy Hart and the aforementioned Mtume. Here at Cosmic Jazz we think that you just HAVE to hear and own this record. It’s as essential (and influential) as Kind of Blue, A Love Supreme and Mingus Ah Um. Without it no jazz record collection would be complete. We have described in previous blogposts how amazing this 23 minute tune really is: it’s simply a wonderful piece of free, spontaneous and Afrocentric jazz, soul and rapping – before rap was known. In effect and reality, the whole piece was a jam session recorded in one take and – rather fittingly – on Martin Luther King day in 1976 and very, very difficult to find until released by Ubiquity Records in 2002. It is soulful, spiritual, modal, unpredictable and highly charged. There are instruments and voices, poetry and rap in the same year that rap supposedly started. The first rap record? You can listen and download the record here on Bandcamp, but look out for a vinyl repressing if you can.

The excellent Boplicity series (part of the Ace Group of reissues) has had a look into the Mainstream catalogue for some jazz which is – well – not always mainstream. And there’s no better example of this than the track we featured from Harold Land’s album Choma (Burn). It’s easy to think of Land as a straightahead small bandleader (check out the classic early album The Fox) but he’s definitely not on the featured Black Caucus where, with the help of extraordinary vibesman Bobby Hutcherson, the music fizzles and sparks with authority. Land is one of those undersung jazz saxophonists that deserves more attention. The band also featured Leon Ngudu Chancler who went on to provide the unique drum backbone on Michael Jackson’s Billie Jean. Another of Land’s Mainstream albums, the excellent A New Shade of Blue, was rereleased in 2018 on the WeWantSounds label and is well worth looking out for. Here’s the title track.

3. Joe Henderson – Terra Firma from Black is the Color

It’s Joe Henderson’s tenor solo you can hear on the Horace Silver classic Song for My Father, but his recording career spans some forty years, appearing on over 30 albums on the Blue Note label alone.  Henderson never made a disappointing record and Black is the Color from 1972 is a good example of his later recordings with the Orrin Keepnews Milestone label.  Henderson used a lot of overdubbing on this record so we get to hear him on flute, alto flute, tenor and soprano and percussion in addition to the appearance of a synthesizer. Dave Holland, Airto Moreira and Jack DeJohnette were also on the sessions. Henderson went back to Blue Note where he recorded the superb two volume live set The State of the Tenor in 1985, essential recordings that are now part of the Tone Poets series. Here’s the beautiful Sam Rivers composition Beatrice.

We’re back with Mainstream now and one of the albums trumpeter Blue Mitchell recorded for the label in the 1970s. It made an appearance on the Jazz on the Corner collection from UK aficionados actor Martin Freeman and Acid Jazz label entrepreneur Eddie Pillar – itself an excellent collection of jazz cuts. There’s some great music here, including Kamasi Washington’s The Rhythm Changes. Soul Village (also often titled Blue Mitchell) was his first for the label and features his regular quintet at the time – tenor saxophonist Jimmy Forrest, pianist Walter Bishop Jr, bassist Larry Gales and drummer Doug Sides. The title track is by Walter Bishop Jr. – and we’ve included his version on previous shows.

5. Byron Morris & Unity – Kitty Bey from Blow Thru Your Mind/Soul of a Nation: Jazz is the Teacher, Funk is the Preacher

Now this is a really rare one. If you want an original copy of the 1974 album Blow Thru Your Mind which includes this track, then you need to head to Discogs with around £500! Fortunately you can find it on at least three compilations, included Jazz is the Teacher, Funk is the Preacher – itself a reference to one of our favourite tunes by guitarist James Blood Ulmer. This is a two part compilation from the always reliable Soul Jazz label and was linked to the Soul of a Nation – Art in the Age of Black Power exhibition at the Tate Modern gallery in the UK in 2017 before travelling worldwide. The two Soul Jazz record sets that emerged from this included this second one.  The selection of music is an excellent introduction to this vibrant, creative period in American black music and includes tracks from The Art Ensemble Of Chicago, Don Cherry, Funkadelic, Gil Scott-Heron and many more – including  lesser-known artists like Sarah Webster Fabio and the Har-You Percussion Group, all of whom were exploring new Afrocentric polyrhythmical styles of music – radical jazz, street funk and proto-rap – while at the same time taking on the Black Power and civil-rights inspired notions of self-definition, self respect and self-empowerment in their own lives.. You can also find an interesting take on Kitty Bey from Toshio Matsuura on LOVEPLAYDANCE, his album of substantially reworked covers. 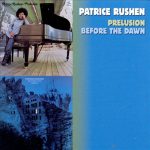 In case you did not realise it, Patrice Rushen has been and still is a serious jazz musician: you would have to be to appear on a Sonny Rollins album – The Way I Feel on Milestone Records, which includes the Rushen composition Shout It Out – or to have toured with Abbey Lincoln and performed with Herbie Hancock. Jubilation was originally released in 1975 on the Prestige album Before the Dawn, when Rushen was just twenty years old and has since been re-released on CD along with another of her jazz albums Prelusion. Jubilation has a Latin feel and provides a showcase for flute player Hubert Laws. Rushen was originally classically trained and among her many compositions have been symphonic works commissioned for the Detroit Symphony Orchestra. There have also been scores for film and television. Rushen has been active in education at university level and also in schools with the Los Angeles Cultural Affairs Department. In June 2021 she returned to performing live, appearing at the San Diego Jazz Festival.

7. Shirley Scott – Don’t Look Back from One for Me

This 1974 Strata-East record was re-released on Arc Records, Gilles Peterson’s new imprint. Shirley Scott is on organ and mellotron (a sure sign of the times!), with Harold Vick on tenor, Billy Higgins on drums and a lone appearance by drummer Jimmy Hopps on cowbell on one of the four tracks. Shirley Scott was a soul jazz organist who often featured on albums by her then husband Stanley Turrentine. One for Me was her sole outing for Strata-East and its great to have it back on vinyl through Arc – check it out in all formats on Bandcamp here. Shirley Scott is typically restrained, giving lots of space to Harold Vick who plays with real passion on this record. He recorded just a handful of albums as leader (including one for Blue Note called Steppin’ Out) but he’s appeared on several albums we rate highly here at Cosmic Jazz. Look out for the aforementioned Walter Bishop Jr’s Coral Keys, The Almoravid from bassist Joe Chambers and Pharoah Sanders’ Live at the East. The latter is one of Sanders’ most inspired live recordings – here’s the magnificent Healing Song. 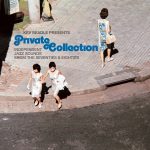 The show normally ends by crossing musical borders and this week is no exception. The tune Chekere Son comes from Cuban band Irakere and can be found on a compilation put together by Kev Beadle, a British DJ who regarded this tune as one for serious dancers. Irakere was a band put together by pianist Chucho Valdes in 1973 – his son Chuchito took over the leadership in 1997. There were distinct Cuban sounds in their music but jazz was a major element too, as was the ability to encourage dancefloor moves. Chékere Son dates from 1976 and introduced a style of Cubanized bebop-flavoured lines, that departed from the style more typical in Cuban popular music of the time. It’s actually based on Charlie Parker’s Billie’s Bounce – all the phrases are there, but not in the same order! Irakere were a large band and performed with a huge percussion section, including the remarkable  Anga Diaz, whom we have played on Cosmic Jazz previously. Along with Valdes, Diaz performed with trumpeter Roy Hargrove on the album Cristol Havana and released the innovative Echu Mingua album from World Circuit Records that includes this latin version of A Love Supreme.  Irakere also included musicians Arturo Sandoval and Paquito D’Rivera,  who both became more widely known as leaders of their own bands after they defected to the United States and worked with US jazz musicians. Chucho Valdes (himself the son of celebrated pianist Bebo Valdes) went on to a successful jazz career, recording the excellent Live at the Village Vanguard for Blue Note in 2000. All three editions of Kev Beadle Presents… are recommended with hard to find musical treasures in each. More from Cosmic Jazz soon.