Cosmic Jazz this time has a seasonal flavour with three very distinct takes on the jazz chestnut Autumn Leaves. But don’t think we’ve gone all middle-of-the-road with a bunch of schmaltzy tunes – far from it. Take a listen and you’ll see what we mean. We follow this with a journey into the deeply spiritual thanks to the latest live Coltrane music to be uncovered, and we end the show with a couple of the latest Black Jazz Records re-releases. 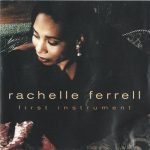 Up first is Rachelle Ferrell whose vocal gymnastics and six octave range is amply demonstrated on this choice from her debut album, First Instrument, released in 1990 on Blue Note. Despite the presence of Terence Blanchard on trumpet, Wayne Shorter on tenor, Michel Petrucciani on piano and Stanley Clarke on bass, it’s not a wholly convincing record – but Autumn Leaves is impressive.  Ferrell worked at broadening her reach and went on to have a convincing R&B hit (With Open Arms) but some reviews of more recent live shows have been less than positive. She appears to be an artist who has perhaps not fully realised her talents over the years. 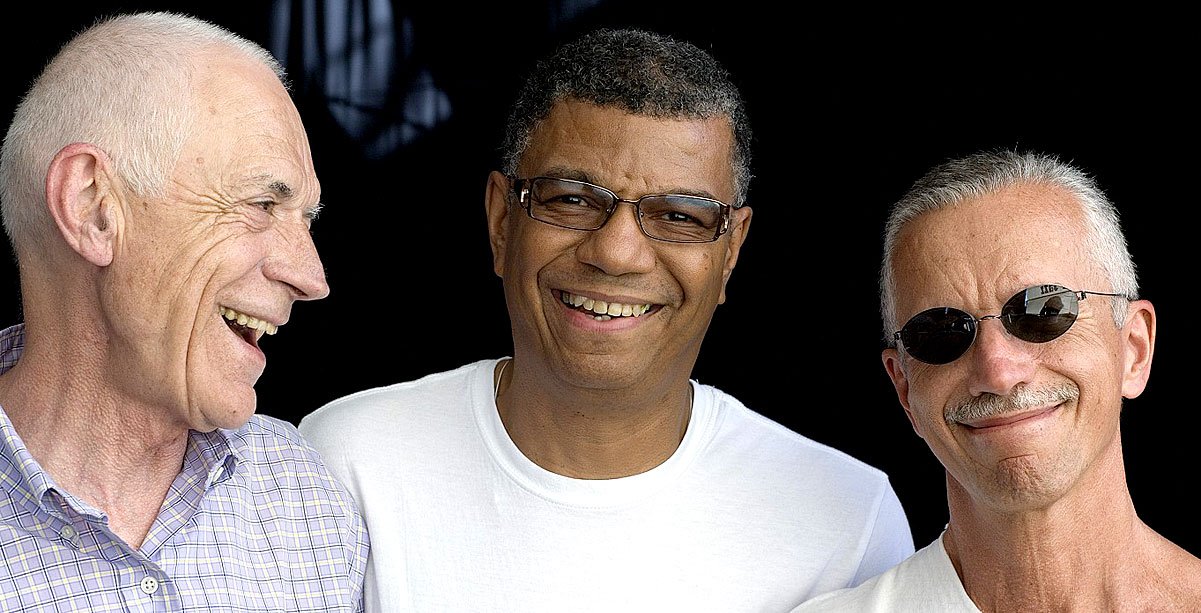 The last time that Keith Jarrett performed in public was at New York’s Carnegie Hall in 2017. Then, in a surprise announcement in February 2020, he revealed that – following two strokes in 2018 – it was unlikely that he would ever perform again in public. Neil is one of millions of Jarrett fans who have followed his career from Charles Lloyd and Miles Davis sideman to one of the most respected artists in jazz. He’s probably best known for what came to be called his Standards Trio, playing alongside Gary Peacock on bass and Jack DeJohnette on drums and our choice for this show comes from a lavish 6CD ECM box set that showcases the Trio’s three nights in 1994 at the Blue Note Club in New York. Thankfully, ECM also recently re-released the single disc first set from the second night on their Touchstones series. It’s this disc that includes Jarrett’s extraordinary 26 minute take on Autumn Leaves. If this sounds indulgent, it’s not. Not a single note is wasted here. Jarrett is on fire, and his characteristic moans and groans only serve to stoke the flames in this performance that build the classic tune into a bravura performance. In three distinct movements, this treatment of Autumn Leaves both celebrates and deconstructs the song, ending with an extended vamp of the kind that Jarrett can do so well. Here, though, it feels like a natural extension to the tune and so there’s a real sense of a return to the core melody. It’s a superb performance that’s supported by the ever-inventive Peacock and DeJohnette. Once heard, this is a tune you’ll come back to again and again. 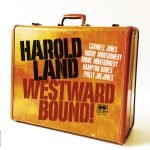 Now this version of Autumn Leaves may seem much more conventional – but it’s not less interesting. Here at Cosmic Jazz, we like championing under-appreciated saxophonist Harold Land. Rather like Hank Mobley and Billy Harper, Land is a first-tier saxophonist whose work over the years has not always been fully appreciated – perhaps until now. Just as with Mobley and the superb Tone Poet reissues, more listeners have heard Land as a result of the vinyl revival that has seen more re-releases from his extensive back catalogue. Land joined the Clifford Brown/Max Roach Quintet in 1954 and went on to lead his own groups with Bobby Hutcherson and Blue Mitchell. In the 1970s he adopted a tone and style more influenced by Coltrane, as shown on his two recordings for the Mainstream label. His wonderful record with the young Japanese pianist Makoto Terashita is another tour de force – here he is on the superb Dragon Dance. The collection of 1962-65 live dates on Westward Bound! were all recorded at The Penthouse in Seattle, Washington with some stellar musicians including Hampton Hawes, Carmell Jones, Buddy Montgomery and (as here) Philly Joe Jones on drums. Mastered by the ubiquitous Kevin Gray with an extensive booklet including an essay by jazz historian Michael Cuscuna and interviews with saxophonists Joe Lovano and Sonny Rollins, this superbly recorded disc was a 2021 Record Store Day special but  is now available in all three formats and is a CJ recommendation. 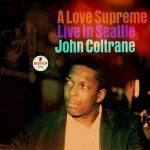 We’re in Seattle again for this record – also recorded live at The Penthouse Club – but this time in October 1965, just three months after the Land performance at the same venue. A lot has been said already about this historic release – for example, on Ken Micallef’s Jazz Vinyl Audiophile site – but it’s worth adding some essential background here. This is not the first live version of the A Love Supreme suite to be released: that honour goes to the live in Antibes set, released in 1998 and described at the time as the only live performance of A Love Supreme on record. But now we have another version – and it’s a whole lot more compelling. At Antibes, Coltrane’s classic quartet stick to the piece’s essential form, but here the augmented band clearly feel free to explore more new territory. Remarkably, although Coltrane was at an acknowledged peak of popularity with his jazz audience, on this evening he was playing at a small venue with a 275 people cap – and so perhaps that was one of the reasons why he wanted to consciously take his music to a different place. With Coltrane on tenor sax, McCoy Tyner on piano, Jimmy Garrison on bass, and Elvin Jones on drums – the Impulse! quartet – we also have Pharoah Sanders on tenor, multi-instrumentalist Donald Garrett on second bass, and Carlos Ward sitting in on alto sax. Both Sanders and Coltrane are also credited with percussion. The result? This is an electrifying performance: as Micallef says “Put on your safety belt and get ready to ride the waves of this incredible performance.” Micallef also makes some useful points about the relationship between the quality of the recorded sound and the quality of the performance itself. and how the rhythm section is informed by the three horn lineup. Resolution epitomises the density and emotional impact of this music. It’s a rollercoaster ride but an immersive experience that you just have to listen to.

5. Calvin Keys – Proceed with Caution from Proceed With Caution 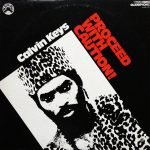 And we end with one of our frequent visits to Black Jazz Records and two more re-releases from Real Gone Music who are working their way through all twenty releases on this iconic label. This time, we’ve got the second album from guitarist Calvin Keys along with the fourth and final release on the label from Doug Carn. Up first is Keys from 1974 on another album that contains the range regular listeners will have come to expect from a Black Jazz album – there’s post-bop, soul jazz and a little funk on this date. Keys is well supported by Charles Owens on saxophones and flute, Oscar Brashear on trumpet, Al Hall Jr. on trombone, Kirk Lightsey on Fender Rhodes, Henry Franklin on bass and Leon ‘Ndugu’ Chancler on drums. Proceed with Caution – which, like the other tracks an original composition – starts with a dreamy, Wes Montgomery-style mode and ends with fast driving bop licks with great flue and Fender solos in between.  Other tracks are similarly inventive, with Aunt Lovey something of a standout here, as Keys turns on his best funky Grant Green tone.

The selection from keyboard player Doug Carn was also released in 1974 and is noted for including young saxophonist Ronnie Laws, who had worked with Earth, Wind and Fire before that band’s big commercial breakthrough. Of the others, guitarists Nathan Page and Calvin Keys had both performed with organist Jimmy Smith. Carn frequently added lyrics to established jazz classics and on this album he gives this treatment to Wayne Shorter’s tune Sanctuary with then wife Jean Carn(e) on vocals. The tune had surfaced first on Miles Davis’ Bitches Brew from 1970 and appears as a reflective coda on the fourth side of the original album. Here’s that original version. It’s a pity that this was Carn’s final record for Black Jazz, as there is real evidence here of his move in a different direction – Adam’s Apple is more funky, more electronic and more risky than the three earlier sets. Even the cover is different too – gone is the Black Jazz house style, replaced here with a white background and a silkscreen style repeated image. In 2015 Carn revisited some of his Black Jazz catalogue, recording versions of songs from these four records on My Spirit, a live recording from the Kuumbwa Jazz Center in Santa Cruz, California.