In 2021 Don Was, the new President of Blue Note Records, announced the creation of the Tone Poet series of vinyl reissues. Yes, all these records were to be issued only on vinyl and in editions remastered by the tone poet himself, Joe Harley. To understand what this means we need to go back a little… 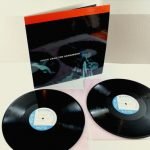 Joe Harley is a key figure in the growth of jazz vinyl reissues. He co-founded the Music Matters reissues, focusing on both classic and more obscure titles from the Blue Note canon. The result was over a hundred reissues, almost all of which are now rare collectors items attracting premium prices on buying and selling websites like Discogs. Music Matters committed very early on to make buying one of their records something of an event – so they focused on gatefold packaging with often previously unseen studio photos inside. The jackets were all substantial glossy recreations and the high quality vinyl was always heavyweight 180 gram discs. The cost was high compared with your typical record store secondhand buy – but the quality was unimpeachable. As Harley acknowledged, “It was evident from the minute you pick up the record that it was special.” Notably, every single one of the 33rpm issues on the Music Matters website is out of stock. When Don Was saw and heard these records he approached Harley and asked him to apply the same high standards to a new series that would be issued by Blue Note Records itself. Harley agreed, and the result was the first series of Tone Poet titles in 2020. Many of these are now relatively hard to come by but the programme has continued and new titles emerge every month. This excellent insheepsclothinghifi interview gives us an insight into what Harley wanted to achieve and includes a link to the Youtube interview between Was and Harley that gives further details of both the background to the project and Harley’s approach to remastering. 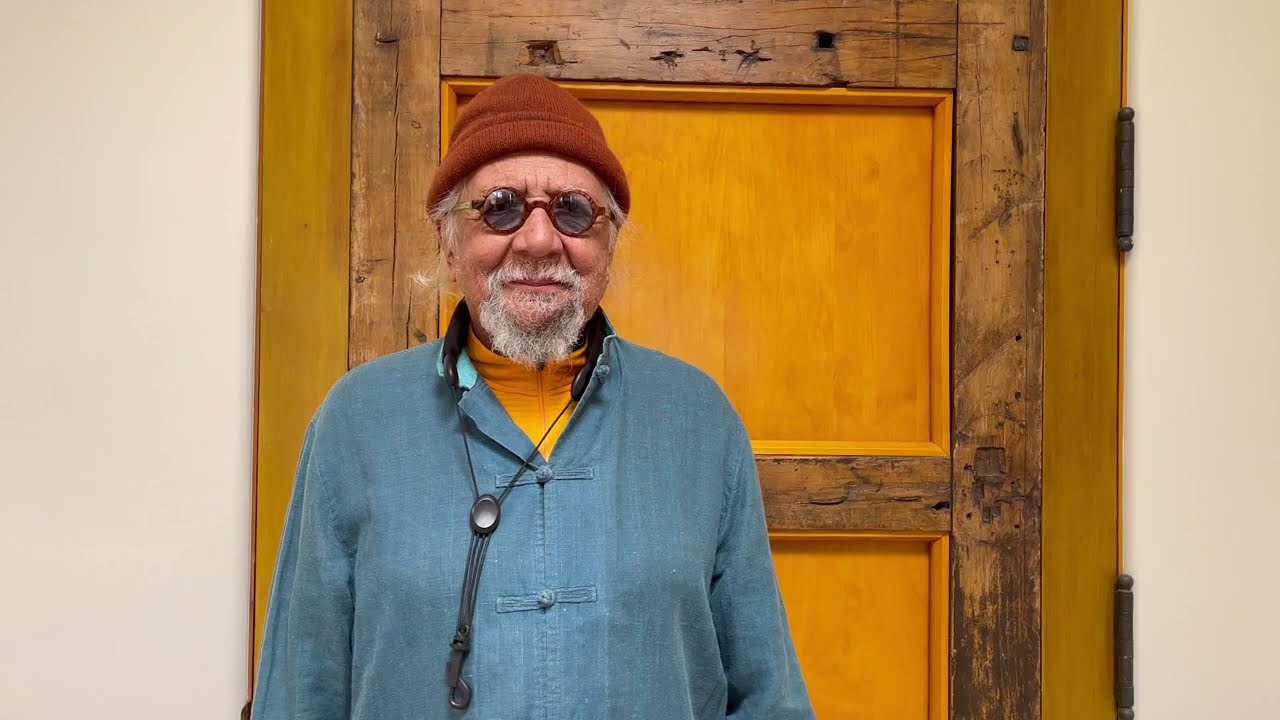 We have provided links before to both the Blue Note Tone Poet series and now their cheaper – but equally carefully produced – Classic reissue series, but here they are again for newbies. And the Tone Poet name? Well, we can thank saxophonist icon Charles Lloyd for that one – he named Harley ‘the Tone Poet’ and went on to title his most recent Jazzwise-poll topping release Tone Poet in Harley’s honour. The result is – unexpectedly – a superb sounding record with Lloyd at the top of his mature game. Of course, it’s a Cosmic Jazz recommendation too – and for those who have left the vinyl world – it is available as a CD and download (although the latter is only for US markets).

We could have expected that the other record majors would follow suit – and this is exactly what has happened. Enter the huge Universal catalogue with access to the Verve, Impulse!, Phillips and Decca labels and more. Of course, there has always been a clutch of audiophile reissue labels with MoFi (Mobile Fidelity) being perhaps the most well known. But to this growing roster we can now add Impex, Craft, Sam, Pure Pleasure and many more – and the result is that jazz record fans have never had it so good. Neil has been crate digging for years but that now includes checking out all the new vinyl titles and reissues that have emerged over the last few years. What is fuelling this seemingly unstoppable trend? 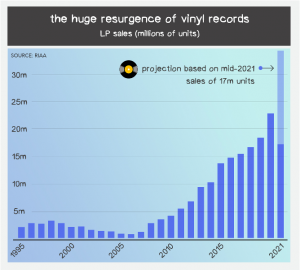 Long before Spotify, Apple Music, and YouTube, vinyl records were the physical music format – in the 1970s, vinyl sales peaked at 530 million units a year and accounted for 66% of all music format revenues, but by the 1990s this had dropped to less than 10 million units and a mere 0.1% of the market share. What happened? The arrival of CDs in 1982 signalled the virtual end of the vinyl record – cheap to produce and marketed with the tag “perfect sound, forever”, there wasn’t much hope for the seemingly outdated black wax format. And the introduction of mp3 files via iTunes was the final nail in the coffin. But – as we all know – vinyl has made an impressive comeback. For each of the past 15 years, sales of new vinyl have gradually increased. In the first half of 2021 alone, 17 million albums were sold — an 86% jump from 2020. The remaining 40 or so pressing plants around the world simply can’t keep up with a demand that is being fuelled by new generations of record buyers. But why? After all, vinyl is much more expensive to produce, is far less portable and requires relatively expensive equipment to sound good. The answer is with the buyers. 70 percent of these new collectors are the millennial generation, or those under 35. They have the purchasing power and – more importantly – the desire for some kind of tangibility after years of listening to poor quality invisible mp3s via their iPhones. A wholly passive experience is turned into an active one – from crate digging in your local record store (and coffee shop), to opening the record sleeve, dropping the stylus and reading the album cover notes. More than this, a culture has been created around vinyl – without the ubiquity of being the only recorded music format, it becomes an elected choice with tangible benefits: records can be collected, traded and displayed. And – as the trading sites like Discogs demonstrate – vinyl is becoming increasingly valuable. Whether new limited editions on coloured vinyl or original pressings from vinyl’s golden age, records are an investment. In the world of jazz, a (possible) first pressing of Hank Mobley’s Blue Note 1568 (released in 1957) was sold on eBay in 2015 for £7300 – double the previous highest price paid for any other jazz record, ever. 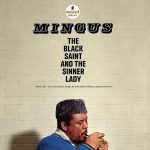 And so, back to Blue Note’s Tone Poets/Classics and Universal’s Acoustic Sounds jazz reissues. Let’s check out five of Neil’s favourites from these back catalogues and give some guidance on what to buy – if you can find them. First up is a recent release and so still readily available – Charles Mingus and The Black Saint and the Sinner Lady (Impulse! – 1963). This repressing isn’t cheap (SGD50 /£35) but is a revelation soundwise. Housed in a beautiful glossy gatefold sleeve, with the original liner notes by Mingus and his psychologist, this record belongs in every jazz collection. A six-part suite with dramatic shifts in mood and tempo, the music features a three-way brass dialogue of trumpets, trombone and tuba, swooping reeds and awe-inspiring rhythm section. Balancing delicate Spanish modes and Ellingtonian themes, the overall effect is simply 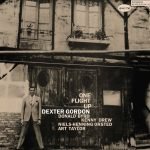 breathtaking. Next up is Dexter Gordon’s One Flight Up (Blue Note – 1964). This is worth it just for the side-long Donald Byrd composition, Tanya, but Gordon’s huge tenor sound, the utter brilliance of the then-teenaged bass player Niels-Henning Orsted Pederson and rock-steady drummer Art Taylor have never sounded better. This one should come in a little less in price than the Acoustic Sounds/Impulse! records). It’s another gatefold of course and beautifully produced. Blue Note also had access to other labels too and Chick Corea’s Now He Sings, Now He Sobs (Solid State – 1968) was one of the first of these reissues Neil bought. Is it Corea’s best ever record? Maybe. It’s certainly an album you’ll come back to over and again, just as Neil has. A classic piano trio with Miroslav Vitous on bass and Roy Haynes on drums, Corea moves between his own kind of hard bop and music that is much freer and ‘out there’. The sound is spectacularly good and slightly better than Neil’s excellent Japanese import version bought a few years ago. It’s back to Blue Note with McCoy Tyner’s last record for the label. Expansions was released in 1968 with Tyner fronting a remarkable band including trumpeter Woody Shaw, Shorter on tenor and Gary Bartz on alto. The opening track is appropriately titled Vision and is indeed a vision of where Tyner was heading at this time. Stunning music that pushes and pulls against the boundaries of mainstream modern jazz. Neil’s final choice takes us back to 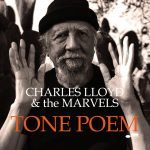 tenor legend Charles Lloyd whose new 2021 album (appropriately called Tone Poet) is an all-analogue production mastered by Joe Harley’s right-hand man Kevin Gray and includes Bill Frisell on guitar and Eric Harland on drums. It sounds fabulous and includes spirited takes on Ornette Coleman’s Rambling and Gabor Szabo’s Lady Gabor. So, there’s never been a better time to listen to vinyl. With more and more retailers opening – here in Singapore, I can walk to two great stores in ten minutes – and with new turntables regularly appearing on the market there’s an unlimited opportunity to get into music on vinyl. As Charlie Parker said, Now’s The Time.