This latest Cosmic Jazz show has a Latin feel. Brazil features strongly but we’ve added more examples of Latin influences on jazz musicians – that longheld connection between jazz and Latin music remains a strong one. 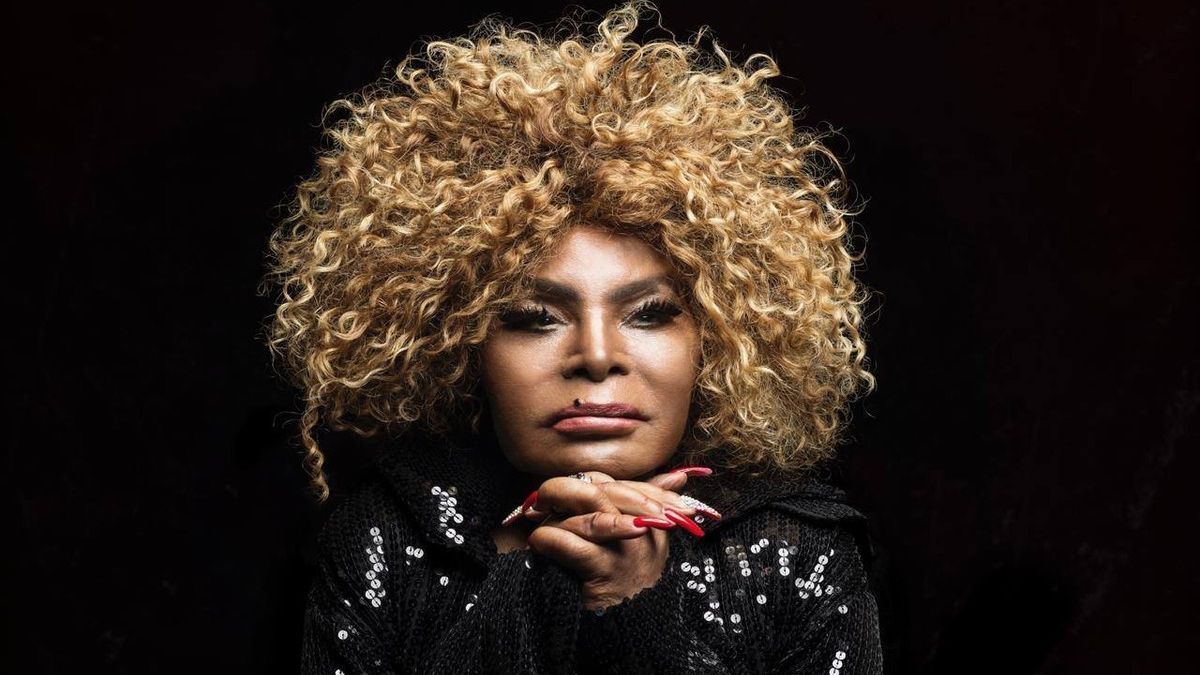 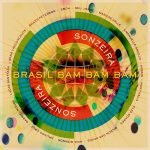 So we begin with a celebration of the extraordinary life of Brazilian singer, Elza Soares. If there isn’t a biopic of her life there should be. Soares died earlier this month at the age of 91 – and she recorded here final album just two years ago. Born in a Rio favela, she was forced into marriage at 12 by her father and had her first child a year later.  At 21 she was already a widow and forced to raise her five children on her own. Her first record in 1959 was an immediate hit and with her distinctive raspy voice she became a samba star releasing well over fifty albums over her long career. We’ve chosen one record from her later years and one recorded much earlier. In 2014 DJ and producer Gilles Peterson travelled to Brazil to record all-new material with a stellar line-up of Brazilian talent, under the name Sonzeira. The result was Brasil Bam Bam Bam which included mesmerising vocal performances from Seu Jorge, Marcos Valle, Kassin, Lucas Santtana and the then 76 year old Elza Soares. She chose the classic Aqualero do Brasil (often just called Brazil), one of the most recorded songs in history – but, typically, gave it her unique twist. 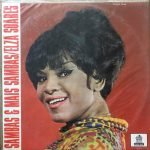 Our second choice will be familiar too – it’s Jorge Ben’s classic Mas Que Nada, made famous in 1966 by Sergio Mendes and recorded many times since then, including in a characteristically scatty Ella style by Ms Fitzgerald herself. Soares first recorded this song in 1970 and it’s this version we feature here. Originally on the Soares album Sambas e Mais Sambas, you can more easily track it down on the Blue Note compilation Blue Brazil Vol. 2 along with a host of other great Brazilian songs including this great take on Marcos Valle’s Freio Aerodinamico by Os Tres Marais. 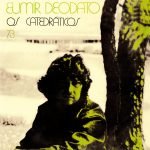 One of Brazil’s most prolific musicians and arrangers, Deodato moved from Rio de Janeiro to New York in the late 60s, working as composer, arranger, producer and keyboardist on almost 500 records, under both his own name and with the likes of Aretha Franklin, Earth Wind and Fire, Frank Sinatra, Kool and The Gang, George Benson, Tom Jobim and Bjork. He’s perhaps most famous for his inspired take on Richard Strauss’s Also Sprach Zarathustra but he was already famous in Brazil before his stateside move, working with Joao Donato and Marcos Valle, as well as recording with his instrumental samba jazz and bossa nova ensemble Os Catedráticos. This album included the funky hit Arranha Ceu (Skyscrapers) but we’ve chosen the more laid back Flap. If you can find it, try to get hold of his superb 1973 album recorded with Joao Donato – DonatoDeodato (Muse Records) – even a mint first edition won’t cost you too much. It’s both artists at their best, as evinced by this brilliant cut, Whistle Stop. 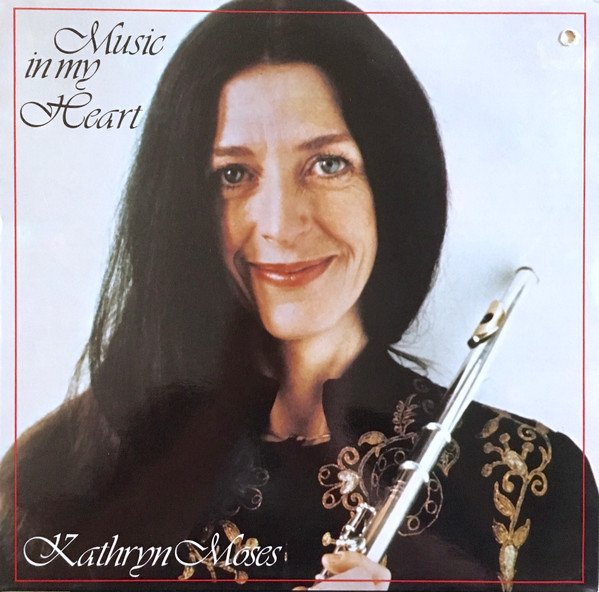 There is a definite Latin feel to the show this time, but from artists influenced by the various shades of Latin music not just Latin musicians themselves.  Kathryn Moses is a Canadian vocalist, flautist and saxophone player who features on the show with a Brazilian-inspired samba track Music in my Heart. It was released originally as the title tune of an album in 1979 and on it she demonstrates her soaring voice, with an authentic Brazilian feel alongside her skills on the flute. The tune can also be found on Kev Beadle Presents Private Collection Vol. 2. Beadle is a British jazz club DJ – one of those skilled at finding and digging out for record release fine tunes such as this, which avoid mainstream collection but sound great in a club, or your home, or on a jazz show! 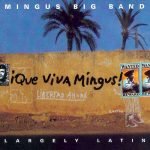 Derek likes to dig out records from his shelves that have often been unjustly ignored for some time. One such record is Que Viva Mingus from The Mingus Big Band released in 1987. This is a band that continued to the music of bassist/composer Charles Mingus after the bassist’s death in 1979. Here at Cosmic Jazz we’ve not played enough Mingus over the years and so felt it was time to redress the balance a little. This iteration of the Mingus Big Band was founded under the artistic direction of the composer’s widow, Sue Mingus, and Que Viva Mingus draws upon Mingus’s continuing experiments with Latin rhythms which started with the early Moods in Mambo written at the age of 27 (but unrecorded) to full length albums like Tijuana Moods from 1962 and Cumbia and Jazz Fusion from 1978, recorded not long before Mingus died. Tijuana Gift Shop, originally from Tijuana Moods, is here arranged and conducted by Michael Mossman, with solos by Ryan Kisor on trumpet and Vincent Herring on alto sax. It has a true Latin big band feel, although Mossman noted a “middle eastern kind of vibe” in the early section. Chris Potter, Randy Brecker, Milton Cardona, David Sanchez, Steve Turre and John Stubblefield were among the other members of the band.

6. Charles Mingus – Meditation on Inner Peace from At UCLA 1965 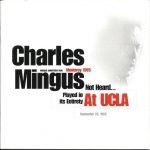 In September 1965 Charles Mingus performed at the Monterey Jazz Festival. He had done so the year before too, but his 1965 set was inexplicably cut short at and so the new material he had planned for the event was instead played at this UCLA concert just a week later. The show was recorded and Mingus pressed a few hundred copies into a self-released two-LP set but the master tape was lost until Sue Mingus released the complete concert in 2006. And it is complete: the raw, unvarnished music with dialogue, harangues and some very rough spots all preserved, is a reminder of the tempestuous nature of Mingus’s life and music. At one point on the first disc, Mingus actually sends some musicians off the stage and continues as a quartet. But on the best moments on the record the band is superb – as here on Once Upon a Time, There was a Holding Corporation Called Old America and our choice, the evocative Meditation on Inner Peace. Another artist found on Derek’s shelves was pianist Kenny Barron, and his 1993 Verve album Other Places from which the title track is taken. A gently swaying tune with a Latin feel to which  Kenny Barron provides subtle, rolling keyboard responses to Bobby Hutcherson’s vibraphone and Charles Moore’s sax before taking the lead himself. Also on the album are Rufus Reid on bass, Victor Lewis on drums and Mino Cinello on percussion. Kenny Barron is recognised as a mainstream jazz master whose work also included – like Lloyd McNeill – a professorship at Rutgers University where he mentored David Sanchez, Terence Blanchard and Regina Bell.  While still at high school he worked with drummer Philly Joe Jones and then went on to play with Dizzy Gillespie, where he developed an interest in Latin and Caribbean rhythms. Barron is still recording and performing: his most recent album was a second duet with British bassist Dave Holland – a follow up to the excellent duo performances on The Art of Conversation from 2014. Here’s the superb Rain from that album.

8. Joe Henderson – No Me Esqueca from In Pursuit Of Blackness 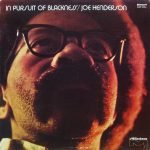 By the early 1970s Joe Henderson, like many of his jazz peers, had become more politicised. The album titles of the time reveal all – Power To the People (1969) ), If You’re Not Part of the Problem… (1970) and this album, In Pursuit of Blackness (1971). Henderson moved into a freer kind of post-bop playing – never ‘out there’ like Archie Shepp, another politicised player of the time , but with freer arrangements and a more percussive heavy, electric sound. It was a tough sound to get right – and many jazz artists of the day didn’t quite manage it – but the Latinesque opening No Me Esqueca  is great with George Cables on Fender Rhodes and Curtis Fuller on trombone in particularly fine form. The tune is a more uptempo version of Recorda Me from Henderson’s first album for Blue Note and it’s one of the best tracks on the record. 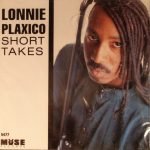 The show ended with another of Derek’s vinyl re-discoveries – the album Short Takes from bassist Lonnie Plaxico. There may be reasons why this particular album has been left on the shelves for a while but – on reflection – it’s an album that gets better as you go through the tracks. Derek chose a tune which fits our Cosmic Jazz criteria of regularly ending the show with a genre-stretching choice. Stop Look and Listen is a Thom Bell/Linda Creed ballad made famous as an R&B classic by The Stylistics.  “Melodic charm” is the very apt description of the tune from the album sleeve notes and Derek loves it! Background vocals are provided by Carla Cook and Lennie Plaxico leads with bass solos and improvisations. David Binney and Greg Osby are among the long list of musicians included on the record.