In this show we visit many places across the world and – wherever we go – the music is dynamic, original , invigorating and essential listening. Take a trip with Cosmic Jazz. 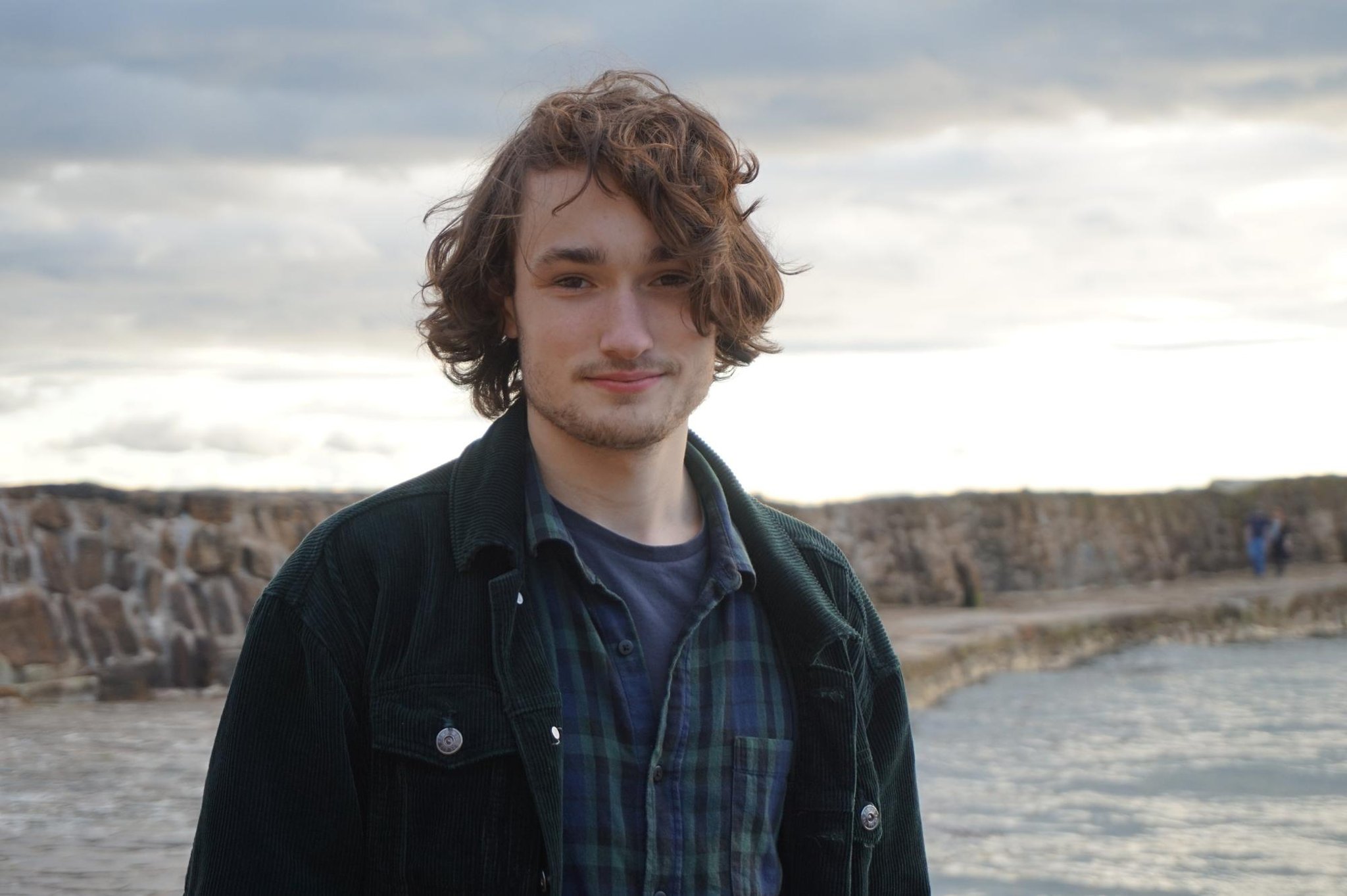 After a few plays on Jazz FM and some jazz programmes north of the border (that’s the England/Scotland one), we’re one of the first online jazz shows to feature the new single from pianist Fergus McCreadie and his trio, bassist David Bowden and drummer Stephen Henderson. As we noted as long ago as March 2021, McCreadie blends jazz and Scottish traditional music 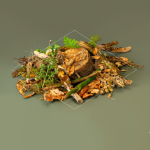 and is inspired by the diversity of the Scottish landscape. On Law Hill is from the forthcoming album Forest Floor, out in April – and it’s a worthy follow-up to his superb Edition Records debut release Cairn which we also featured on more than half a dozen CJ shows last year – for example, our 07 March show. McCreadie says: In all my music I’m searching for an idea or a theme, that the composition and performance is based on. It’s a journey and adapts to each live performance. The recording documents the stage of that journey at a moment of time. With this recording, it’s the same studio, same piano and same musicians but I feel the sound we have as a trio has become more developed and rounded somehow. This album has its own journey, it’s own destination. Find out more on the Edition Records website. 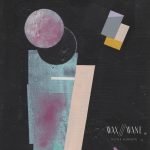 Derek was inspired to play this track from Lucien Johnson’s excellent Wax///Wane album after hearing about the saxophonist from a friend. It was good to say that we had first featured this New Zealander back in April 2021. Neil was introduced to this record by Scots music promoter Rob Adams (Twitter: @rabjourno) who also led us to McCreadie – and very welcome this was too. Neil has gone back to this record time and again – and and it continues to delight. Johnson is actually from Wellington, New Zealand but spent much of his twenties living and working in and out of Paris, meeting and playing with musicians he knew from recordings including drumming legend and long-time Paris resident Sunny Murray, the late pianist Bobby Few and drummer John Betsch’s band. Johnson’s current group features John Bell on vibes, Michelle Velvin on harp, Tom Callwood on bass, Cory Champion on drums and Riki Piripi on percussion and the music is deep, modal and with more than a touch of Pharoah Sanders too.  Wax///Wane is available here on Bandcamp – and it’s on vinyl too. 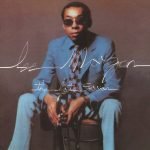 Blue Note trumpeter Lee Morgan was just 33 when he was shot and killed by his wife Helen Morgan while playing at Slug’s Saloon in New York, fifty years ago in February 1972. One of the most prolific and consistent of Blue Note artists, Morgan modelled himself on Clifford Brown, another trumpeter who met an early death. Both supremely talented on their instrument, Morgan went on to have the longer career, recording prolifically for the label in the 1960-70s and netting a genuine chart hit with The Sidewinder from 1963. But there was much more to Morgan than this and, at the time of his death, the music was moving in new directions. This was captured in a record usually referred to as The Last Session and released by Blue Note as a double LP later in 1972. The music is remarkable, and features performances from Grachan Moncur III on trombone, Bobbi Humphrey on vibes, saxophonist Billy Harper, Harold Mabern on piano, Reggie Workman and Jymie Merritt on bass with Freddie Waits on drums. Harper is the composer of Capra Black and was to feature the tune as the title track on his own first release on Strata East. It’s of the label’s most essential records – and here’s Harper’s superb version. If you want to start your Lee Morgan jazz journey then try a favourite with many fans – including myself – 1966’s Search for the New Land. The sextet lineup is perfect, with Wayne Shorter on tenor, Grant Green on guitar, Herbie Hancock on piano, Reggie Workman on bass and Billy Higgins on drums. All tracks are standouts but Mr Kenyatta (a tribute to the now rather forgotten alto player Robin Kenyatta) is another classic. 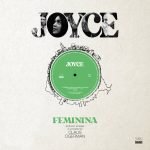 In a show of two halves (as they say), we featured some great female voices in jazz and beyond. First up is Brazilian singer Joyce – a longtime favourite artist on Cosmic Jazz. Soon to be released on Far Out Recordings is a long lost Joyce album, Natureza. But first – as they say – the back story. It was sometime in the 1980s that Derek and Neil (separately) went into London to visit the basement store of Mr Bongo Records, then in Soho’s Berwick Street, London – a haven for record buyers from all over the world. Here devoted crate diggers searched for hard-to-find Latin music – particularly from Brazil – and sourced by owner David Buttle who was bringing in records from Colombia, Venezuela, Cuba and Brazil. At the same time, DJs Gilles Peterson and Jo Shinner (standing in for the late and great Charlie Gillet) were promoting a record by Joyce that he’d been featuring on his radio show and – in a pre-download era – it was clear that there was only one solution. We both had to have this record. The album Feminina was one of those Buttle imports and there were limited numbers available. Priced then at £20, it was a rather extravagant purchase for the time but one we have both never regretted. Later Neil heard about the existence of a re-recording of Feminina that had taken place in 1977 when Joyce spent time in the US working with an orchestra led by Claus Ogerman and featuring – among others –  Joe Farrell on flute and Buster Williams on bass, with husband Tutty Moreno on drums. Inexplicably, the album was shelved (although one song escaped to feature on a lone Brazilian compilation, A Trip to Brazil: Bossa and Beyond), but Far Out will be releasing the complete album later in 2022 with the extended version of Feminina available now as a 12in single.

5. Somi – Hapo Zamani from Zenzile: The Re-imagination of Miriam Makeba 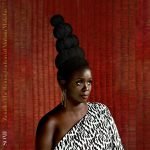 We featured vocalist Somi in our last extended show – and we make no apologies for including her again in this edition of CJ. Her new album Zenzile is an ambitious and fully realised tribute to South African singer Miriam Makeba and it’s really something special. The lead single is a take on Makeba’s classic Pata Pata and that’s been followed by Khuluma, featuring South African  singer songwriter Msaki. We’ve chosen Hapo Zamani, another classic tune from Makeba that appeared on her Pata Pata album in 1966, The original record been recently released on vinyl in glorious mono on Strut Records – you can find it here. Somi’s lifelong love of Makeba’s music and personal strength has resulted in a record that she calls a “re-imagination” of Makeba’s music and she notes that the album “is my attempt to honor the unapologetic voice of an African woman who inevitably made room for my own journey and countless other African artists. In short, I owe her. We all do.” Highly recommended. 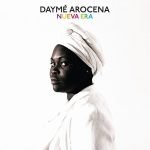 Cuban vocalist and composer Dayme Arocena came to the attention of the wider world when British DJ/record label owner Gilles Peterson came across her during his first visit to Cuba. Apparently, she was “singing rumba at a house party in someone’s kitchen”.  As she was too young at the time it took him five trips to get her on record. Nueva Erawas the first recorded outcome. She can be seen in the second show of Huey Morgan’s Latin Music Adventure where she comes across as an engaging performer and an intelligent and thoughtful advocate for her country. The tune El Ruso includes some soaring trumpet in classic Cuban style from Adriel Valdes along with some great timbales action from Julio Cesar. It is always energising to return to Arocena’s  music.

7. Samara Joy – It Only Happens Once from Samara Joy 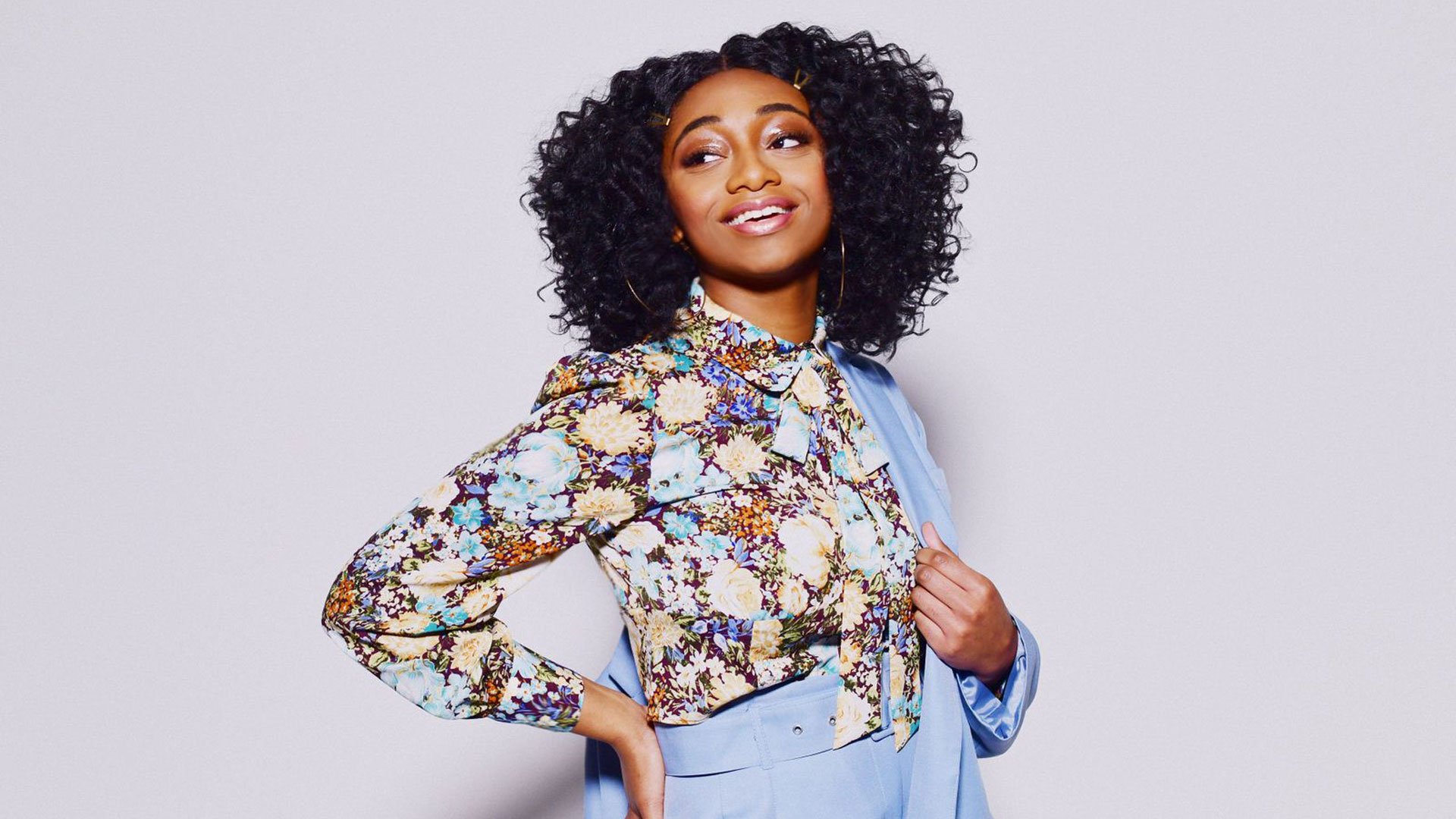 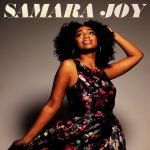 We have played one tune from the eponymous 2021 debut album by New York born vocalist Samara Joy and it deserves to be played more. The album is a strong mix of covers with It Only Happens Once being a Frankie Laine composition – someone whose work ranged from pop crooner to gospel, folk, rock and blues. Samara Joy is backed by a trio of Pasquale Grasso on guitar, Ari Roland on double bass and Kenny Washington on drums. Grasso and Washington were tutors at the college in New York  where Samara studied and first came to love and appreciate jazz before winning the 2019 Sarah Vaughan International Jazz Vocal Competition at just 22. The album is restrained and pared down to the essentials – all the better to showcase Joy’s impeccable timing and timbral richness. With tunes made famous by Nat King Cole, Billie Holiday and Carmen McRae this is one to check out.

8. Rosie Gaines – Honeychild from You Gave Me Freedom 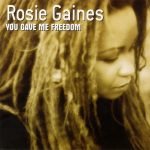 Derek is probably taking his oft-used insert of a boundary-stretching tune at the end of the show to the very limits  with this choice – but go with him for a moment. Singer Rosie Gaines can certainly scat (it’s clear in this Bump & Flex remix of her hit I Want You) and she undoubtedly has a sensual and powerful soul voice – as we hear on Honeychild. Best known for her vocal and keyboard work with Prince in the 1990s – and particularly on the Diamonds and Pearls album – she also had a solo dancefloor hit with Closer Than Close. Gaines has released a number of solo albums on her own Dredix label but her fifth album You Gave Me Freedom (2004) appeared in the UK on Dome Records. Here Gaines was the sole vocalist, musician and programmer and at least a joint composer of thirteen of the fourteen tracks, including Honeychild which ends this show. Lyrically, vocally and musically the album is reminiscent of Marlena Shaw and, as a singer, Gaines is certainly her equal. It’s tragic that in recent years she has had serious health issues but – as we often say on Cosmic Jazz – here’s an artist that deserves to be better known. Your thoughts? Any responses welcome via [email protected]