This show includes artists on the Ubuntu Music label, the subject of the April 2022 Jazzwise magazine covermount CD celebrating 25 years of publication, and a label with a mission. Ubuntu is part of a Zulu phrase that translates as I am because we are. It’s that nebulous but essential concept of common humanity or oneness – something we need more of in these troubled times. Cosmic Jazz always features music from the global jazz family and this show brings together two jazz players who trained as classical harpists, Keith Jarrett with his Standards Trio trio, the undersung saxophonist Booker Ervin and music from Japan and Brazil. 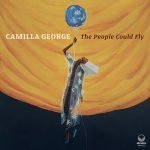 We begin with saxophonist Camilla George on the Ubuntu label and a track from her album The People Could Fly released in 2018. George and her band now have a special place for Derek as her outdoor performance at Snape Maltings last summer was the first live music he saw post-pandemic. Besides, any band with the wonderful pianist/keyboard player Sarah Tandy in it, is always special. The title tune from The People Could Fly includes the excellent Shirley Tettey on guitar, Daniel Casimir on bass and Femi Koleoso on drums. The music is inspired by a book of Nigerian tales called The People Could Fly – stories steeped in slavery and told to Camilla as a child by her Nigerian mother. The band have been touring the UK recently, so do look out for them and go listen if you get the chance.

2. James Copus – From the Source from Dusk 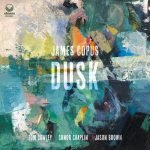 James Copus is an award-winning trumpet and flugelhorn player and composer based in London, UK, who graduated from The Royal Academy of Music in 2016. His debut album Dusk, released in on Ubuntu in 2020, features all original compositions and has a great line-up of Jason Brown (drums), Tom Cawley (piano/synths) and Conor Chaplin (bass). He has played and/or recorded with such artists as Jorja Smith, Ashley Henry, Joss Stone, Cory Wong, James Bay, Boy George and an artist we have featured recently on Cosmic Jazz, drummer Myele Manzanza. Although the limited edition CD of Dusk is now sold out on Bandcamp, you can still buy the digital download here. 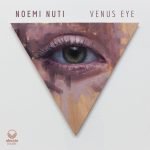 Born in New York City and from Italian descent, Noemi Nuti’s musical personality is certainly a mix of Mediterranean and metropolitan sounds. She’s a graduate of Trinity College and has a Brunel University degree in classical harp too. Her debut 2015 album Nice To Meet You was the first release on Ubuntu Music and in the same year she headlined at the Ipswich Jazz Festival. In 2017, Nuti collaborated with sax legend Jean Toussaint, pianist Liam Noble and a fantastic Brazilian rhythm section at London’s renowned Pizza Express Jazz Club, Soho and in 2020 she released her largely self-composed second album Venus Eye from which we’ve taken the track Sunny Perfect Sunday track – also on the Jazzwise covermount CD. For more Noemi Nuti, check out her complete 2020 London Jazz Festival performance right here. 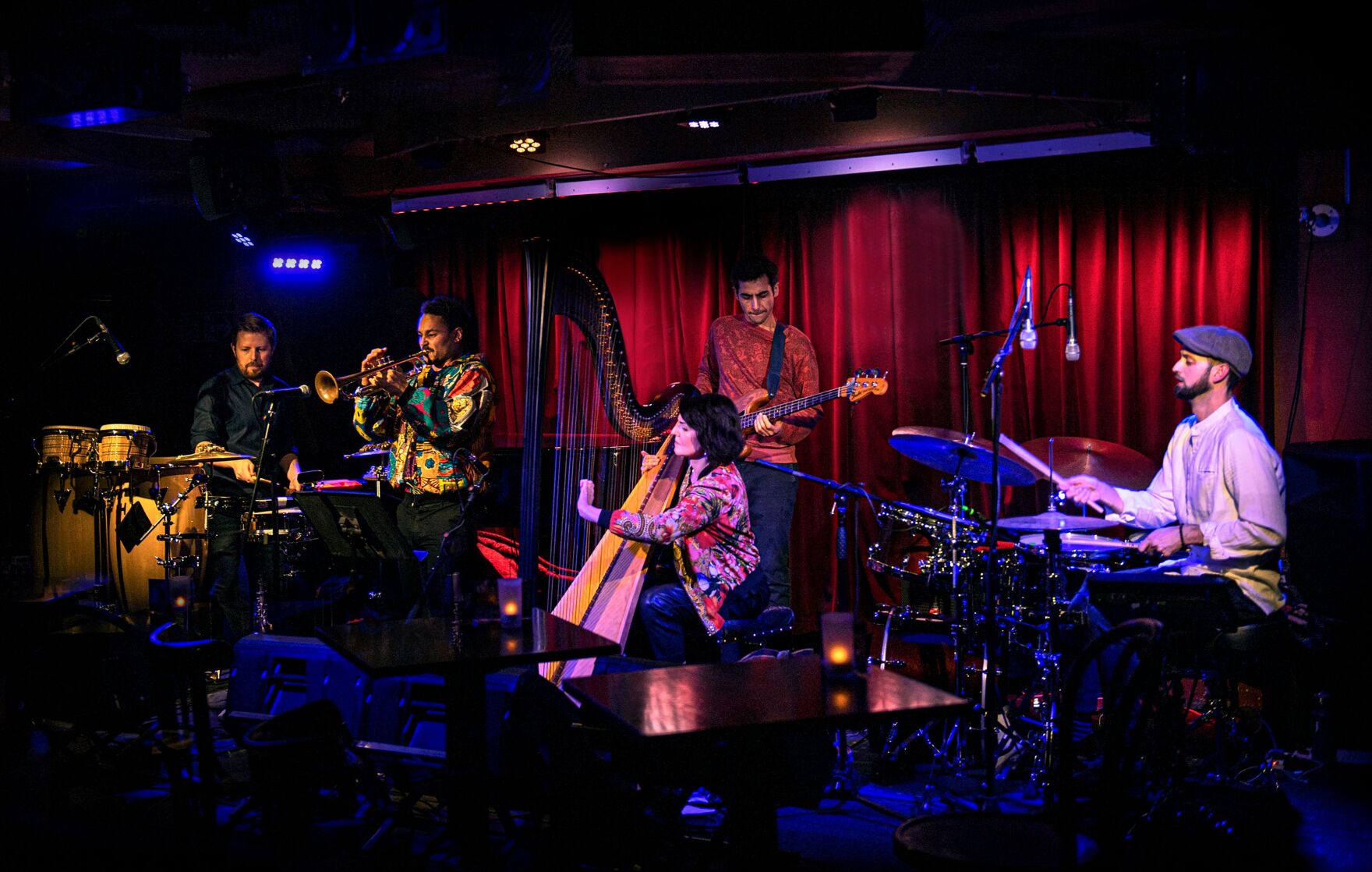 Ubuntu recording artist Alina Bzhezhinska is very much in the spotlight at the moment following a successful fund-raising concert for her home country of Ukraine in March 2022.  We capture here in an earlier trio format with saxophonist Tony Kofi and Joel Prime on drums with their reflective take on John Coltrane’s immensely moving Alabama, first recorded following a 1963 racist church bombing in which four teenage girls were killed. The story of the recording and the horrific incident that inspired it can be found here. You also can see Bzhezhinska here in another trio format (this time with on Julie Walkington on bass and Prime again on drums) recorded during lockdown at the Birmingham Symphony Hall in the UK in 2020. 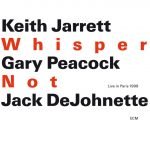 Want to know where to start with Keith Jarrett’s  Standards Trio? You’re likely to do better than with this 2CD live recording from 1999. Recorded live at the Palais des Congrès in Paris, the trio has rarely sounded more focused – perhaps because there are no long codas here. Instead there are pretty much straight ahead takes of some classic bebop tunes, including Bouncing With Bud, Round Midnight and Grooving High alongside virtuosic versions of Prelude to a Kiss, When I Fall In Love and a tune made most famous by Ahmad Jamal, Poinciana. But it’s not just Jarrett, of course – bassist Gary Peacock has rarely sounded better and drummer Jack DeJohnette always finds the right detail in his sophisticated playing. It’s a magical recording and one Neil frequently turns to for a display of piano trio artistry. As with all of the Standards Trio recordings on ECM Records, the sound is superbly realised. Highly recommended. 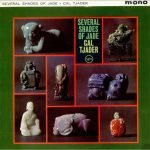 One of the most unique albums of Cal Tjader’s career, 1963’s Several Shades of Jade is a collaboration with Argentinian composer and arranger Lalo Schifrin that transposes the vibraphonist’s musical travels from Latin America to the Far East. With that in mind, you could reasonably expect that this means those standard clichés of such projects of the time (tuned gongs and kitsch melodies) but you’d be wrong. This is certainly not Asian music, but Schifrin frames Tjader’s meditative vibraphone solos in typically imaginative arrangements that just sound cool. The title might suggest a reference to Scott leFaro’s wonderful Jade Visions but we do get a take on Horace Silver’s Tokyo Blues. A record worth searching for – but do avoid the lacklustre follow up record, Breeze From the East, which strays much too far into that cod-Asian territory.

7. Booker Ervin – Tyra from The In Between 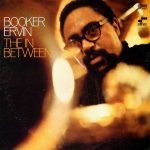 The In Between is a 1968 session for Blue Note that saw Ervin working with a little-known quartet to really push the boundaries of hard bop. Ervin was associated with two key figures in jazz – bassist Charles Mingus, with whom he worked in the early 1960s, and pianist Randy Weston, who rated him as highly as Jon Coltrane. On The In Between he’s supported by trumpeter Richard Williams, pianist Bobby Few, bass player Cevera Jeffries and drummer Lennie McBrowne.  Every tune on the record is an Ervin original and Tyra is a memorable composition. The music is edgy, volatile hard bop that fully explores Ervin’s muscular tone. If you can find it, it’s another CJ recommendation. Sadly, Booker Ervin died in 1970 at just 39. 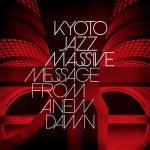 Yes, they’re back! Almost 20 years after their landmark Spirit of The Sun album, brothers Shuya and Yoshihiro Okino have emerged with a new album. There’s elements of techno, house, broken beats and more here – but at the heart of this record is a jazz sensibility. Guests include Roy Ayers and Vanessa Freeman and Primal Echo is typical of their eclectic sound. The Okino brothers also perform and record as Kyoto Jazz Sextet alongside a handpicked ensemble of talented jazzers – try this unreleased take on Pharoah Sanders’ You’ve Got to Have Freedom or Song For Unity to get a flavour of a more directly jazzy direction on the Unity album, released in 2017. 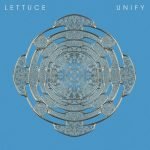 This hip-hop/jazz/funk sextet have now completed a trilogy of albums that began with 2019’s Grammy-nominated Elevate and continued with 2020’s Resonate. Unify – scheduled for release in June 2022 – continues their characteristic sound.  After spending the pandemic apart, the members of Lettuce – Adam Deitch (drums), Ryan Zoidis (saxophone), Adam ‘Shmeeans’ Smirnoff (guitar), Erick ‘Jesus’ Coomes (bass), Nigel Hall (keyboards/vocals) and Eric ‘Benny’ Bloom (trumpet) are back in force. Bass player Coombes noted in a recent interview that “We’re just getting tighter and tighter – [this is] the best the band has ever been: live and in the studio; the funkiest and the most fun.” Check it out. And to end the show, a final look at the legendary Brazilian arranger and more, Hermeto Pascoal, Arranger, composer and multi-instrumentalist, the 85 year old Pascoal remains a vital figure in the music. For his upcoming live performance in the UK at the Norfolk & Norwich Festival in May, he will be premiering new commissions scored for the National Youth Jazz Orchestra. Expect endlessly-modulating melodies and unusual tones on everything from squeaky toys, old teapots or Pascoal’s favoured accordion. The Viranda Com o Som album was recorded in just two days in 1976 in São Paulo and features Pascoal’s go-to ‘Paulista’ rhythm section of the day: Zé Eduardo Nazario (drums), Zeca Assumpção (bass) and Lelo Nazario (electric piano), as well as saxophonists Mauro Senise, Raul Mascarenhas and Nivaldo Ornelas, guitarist Toninho Horta and vocalist Aleuda Chaves. In the studio, almost everything recorded on the first take ended up staying in the final mix – but the master tape was lost for years. Now found and restored, this is another album to add to your collection. The invaluable Bandcamp have just issued an excellent feature on Pascoal – you can find it right here. For a final look at this extraordinary musician, check out this lengthy essay by Andy Connell, reproduced here thanks to Far Out Recordings who have also just released the first self titled album we featured in our last show.