The show this week contrasts the contemporary and the past. We feature new music from the UK’s Edition Records, more great contemporary jazz and a couple of surprises. We begin with a saxophonist favourite here at Cosmic Jazz – the great James Brandon Lewis. Few artists produce two full-length albums in a year but saxophonist Lewis did just that in 2021 – not an easy year to produce anything! Jesup Wagon was followed at the end of the year by Code of Being from his quartet with Aruán Ortiz on piano, Brad Jones bass, Chad Taylor drums. This is serious music: as Brandon Lewis says in the liner notes My only desire is to constantly reach for the truest version of myself everyday until I exit for the next realm, and hopefully I leave nothing unturned. 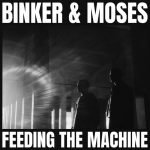 Bastions of the new UK jazz scene, saxophonist Binker Golding and drummer Moses Boyd, have just released their new album – and it’s different. They’ve recruited Max Luthert on and the sound is more complex and – for some – more challenging too. Recorded at Peter Gabriel’s Real World Studios by producer Hugh Padgham, the new record features honorary third member Max Luthert on tape loops and electronics, and shifts their sound into an new dimension that crosses into ambient, minimalism and experimental electronic territories. Modular synths and sampling help to deconstruct traditional song structures but both Binker and Moses are still pushing their jazz improvisations as they ‘feed the machine’. The result won’t be for all: the music includes free jazz abstractions, more ambient mood pieces and – on Feed Infinite, hypnotic minimalism. Try it out here on Bandcamp and see what you think. 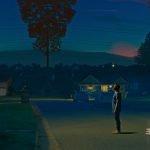 Neil just loves this one! Drummer Nate Smith began with iconic singer Betty Carter before appearing with Dave Holland, Jose James, Chris Potter and many others. His first album as leader appeared on the Ropeadope label and was titled Kinfolk: Postcards from Everywhere and is well worth seeking out. Now signed to Edition, Smith extends his range even further., making it hard to place this record on the shelves. Yes, it’s jazz but there’s funk and R&B in there too + vocals and rap on our choice, Square Wheel. Elsewhere you can hear violinist Regina Carter, guitarist Vernon Reid and singer Brittany Howard. It’s eclectic but still feels all of a piece somehow.  Both Kinfolk albums are well worth exploring – and there’s likely to be a third in this projected trilogy too. Here’s another excellent Edition release, but this time from Finnish jazz trumpeter Verneri Pohjola. If you’re familiar with the Finnish jazzrock scene of the 1970s (!) then the name Pohjola might be familiar – Verneri’s father was bass player Pekka Pohjola who released several albums under his own name, including the album released in the UK as B the Magpie, with the track The Madness Subsides being famously sampled by DJ Shadow for his epic Midnight in a Perfect World. Verneri Pohjola has his own sound on trumpet with a quiet intensity that’s not unlike other Scandinavian trumpeters –  including Nils Petter Molvaer and Arve Henriksen – but we can add to this some really strong writing and addictive melodies. It’s all performed by a fine band too: Tuomo Prättälä on piano and electronics, Antti Lötjönen on bass and Mika Kallio on drums and gongs. The Dead Don’t Dream is Pohjola’s fourth album on Edition and represents a further refining of his approach to music. Bullhorn (2015) was followed by Pekka in 2017 and saw him interpreting his father’s music, bringing a rockier approach and electronics to the sound. Animal Image from the following year was a completely improvised duo with his drummer Mika Kallio. The Dead Don’t Dream is full of those widescreen Nordic soundscapes and they make for another solid CJ recommendation. 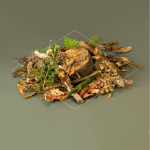 There’s not much more we can say about Scottish pianist Fergus McCreadie. We’ve promoted his music for over a year now and we’re thrilled that his second release for Edition is now available. Here again is the excellent title track from Forest Floor about which McCreadie has said In all my music I’m searching for an idea or a theme, that the composition and performance is based on. With this recording, it’s the same studio, same piano and same musicians but I feel the sound we have as a trio has become more developed and rounded somehow. McCreadie has just premiered Forest Floor at the Queen’s Hall in Edinburgh and the band are touring now with the next date at the iconic Ronnie Scott’s Club on 19 April. Check out the tour details here and catch the trio if you possibly can. 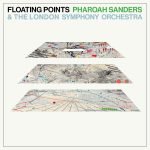 Poll winner for many in 2021, we’ve actually not featured this record yet on the show. Neil was thrilled to hear of this unique collaboration between long-time CJ hero Pharoah Sanders and Floating Points aka Sam Shepherd. But after a rather cursory listen at the end of last year, he wasn’t convinced. Now he is. This is a record that creeps up you and perhaps the link can be found in a 2020 Pharoah Sanders interview with The New Yorker in which he commented that he hadn’t been listening to records for a while. “I listen to things that maybe some guys don’t,” he said. “I listen to the waves of the water. Train coming down. Or I listen to an airplane taking off.” This is extraordinary – there are sounds so quiet that you can barely hear them but the orchestral crescendos are deafening. Weaving his way through this subtlety is Pharoah Sanders – no paint-peeling screeches or honks but the sound of late Sanders with the same emotional power as before. Take some time with this record – and buy on vinyl if you can: the pressing is quiet and the sleeve artwork is worth propping up alongside your turntable.

7. Louis Armstrong – The Creator Has A Master Plan (Peace) from Louis & His Friends 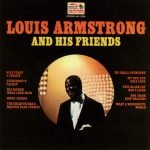 Satchmo knew how to pull a surprise out of the bag when he had to – who would have thought of Pharoah Sanders’ The Creator Has a Master Plan as a likely cover choice? This comes from 1971 and was one of Armstrong’s last recordings. Other choices on this Flying Dutchman/Bluebird release are equally bizarre – Everybody’s Talkin’ and Give Peace a Chance, for example – but much of this record really works. Perhaps that’s due to the jazz royalty that appears with Armstrong – Thad Jones, James Spaulding (again), Kenny Burrell and Bernard ‘Pretty’ Purdie among many others. The opener is a take on We Shall Overcome and that includes Miles Davis, Ornette Coleman, Tony Bennett and Chico Hamilton! The album was re-released on Boplicity in 2014 and there are several examples on Discogs. 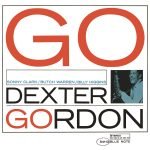 This is Derek’s choice but it fully reflects a current vinyl obsession for Neil too. For years, he passed on Dexter Gordon but – as so often in jazz – things come around when you least expect them. It’s the resurgence of Blue Note reissues that are responsible for a current fascination with Long Tall Dexter. Thanks to label boss Don Was and his reissue programme under both the Blue Note Classics and the Tone Poet series, you can now buy superb sounding reissues of albums like Go!, Doin’ Alright, A Swingin; Affair and (the daddy of them all) the magnificent One Flight Up. Go! is a standout album though, with inspired takes on I Guess I’ll Hang My Tears Out to Dry and Love for Sale. The backing is terrific too: Sonny Clark on piano, Butch Warren on bass and Billy Higgins on drums. If you want somewhere to start with Dexter Gordon then this is the place.

9. Freddie Hubbard – The Return of the Prodigal Son from Backlash/Anthology: The Soul-Jazz Fusion Years 1966-1982 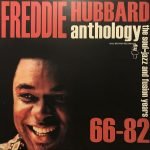 The UK Soul Brother imprint has been responsible for some excellent anthologies over the year – and this is one of the best. It’s a compelling look at the years between 1966 and 1982, during which the trumpeter recorded over 20 records for a host of different labels including Atlantic, Columbia, CTI and Elektra. For those jazz-heads who just value Hubbard’s Blue Note years this 2CD set offers some real surprises – and in a good way. This compilation really does select the best of Hubbard’s playing and composing from this period and so comes highly recommended. The Return of the Prodigal Son comes from Backlash, the first of the Atlantic albums, and features James Spaulding on flute and alto along with Albert Daley on piano and Ray Barreto on percussion. The album also includes a first outing for the gorgeous Little Sunflower, which Hubbard would revive on his 1979 The Love Connection album, this time with vocals by Al Jarreau and inspired piano from Chick Corea. 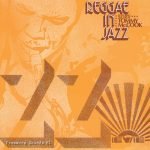 It’s almost a tradition now but ending the show with a ‘jazz not jazz’ choice is back.  Here at CJ we like to stretch our musical boundaries, so here we go again. Saxophonist Tommy McCook attended the famous Alpha Boys School in Jamaica, from which emerged many important reggae and jazz musicians, and it was here that he learnt to play reed instruments and flute. Jazz artists Joe Harriott and Alphonso ‘Dizzy’ Reece went to the school and ended up as significant members of the UK jazz scene.  McCook, (although in the Bahamas from 1954 to 1962) stayed in Jamaica where leading sound system owner Clement ‘Coxsone’ Dodd persuaded him to join an all-star band which McCook named the Skatalites. Ska and rock steady dominated Jamaican music in the 1960s and  horn players such as Tommy McCook  were a vital part of these popular styles. By the 1970s reggae had become more popular and McCook was now producing horn sections for reggae producers. Reggae in Jazz was recorded in 1974 for producer Bunny Riley and released in 1975, with McCook accompanied by a host of what anyone with any knowledge of reggae would recognise as some of the island’s top musicians – Sly Dunbar, Carlton Barrett, Robbie Shakespeare, Aston ‘Family Man’ Barrett, Jackie Mittoo, Ansel Collins, Roland Alphonso, Bobby Ellis and Vin Gordon. Despite the title, the music is more reggae instrumental than jazz, but jazz was part of the Alpha Boys School education and, in the Jamaican music of the 1960s and 1970s, part of the musical mix too.