This is a Cosmic Jazz special, recorded live at The Analog Vault store in Singapore. Thanks to Leon and Hannah for making it happen. We were celebrating International Jazz Day, so there’s the usual Cosmic Jazz eclectic mix of tunes. The text is an extended version of Neil’s mic comments on the show. Enjoy! 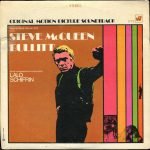 One of the funkiest soundtracks ever – if you’ve not seen the film, this is the beginning of the San Francisco car chase sequence with Steve McQueen (after whom the brilliant Singapore group the Steve McQueens are named) in a Ford Mustang Mach 1. The build-up in the three minutes of music is so good. This doesn’t sound dated at all – just as good in 2022 as in 1968. Lalo Schifrin was from Argentina and recorded loads of film music – the Mission, Impossible theme is his and so are the Rush Hour films with Jackie Chan. But this is his best one. Trivia fact – keys are played by Mike Melvoin, father of Lisa Melvoin who was half of Wendy and Lisa in Prince’s band The Revolution. There’s a great version of Shifting Gears on Youtube where the horns have been looped to extend the track to 11 minutes – brilliant! Find it here – and here’s the original  film sequence for Shifting Gears: 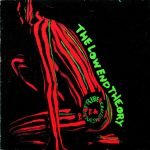 Everyone will know these guys – A Tribe Called Quest were really the very best, along with Gang Starr, at using jazz samples in their beats. The samples here come from Jimmy McGriff – Green Dolphin Street (the horns), the Five Stairsteps – Don’t Change Your Love (that’s the drums) and The Doors – Light My Fire is also there in the lyrics – “wallow in the mire”. Genius! Like pretty much all of their music this is everything you’d want rap to be – great samples and loops, with witty and conscious lyrics. ATCQ were at their musical and lyrical peak here – thanks to Q-Tip and the late Phife Dawg for all those beats and rhymes… And now up to date – this is trumpeter Emma-Jean Thackray and she’s on tour in the UK next month. This is from her first full length album, Yellow – and every track is really strong. The whole thing’s got forward-sounding beats and bass, but it also goes back to cosmic jazz sounds from the 70s. Great to hear lots of Fender Rhodes and analog synths coming back so strong these days! It definitely reflects her philosophy – “move the body, move the mind, move the soul”. There’s a kind of Roy Ayers vibe in all of this too – which is why some of the tracks work well as remixes – speaking of which, there’s a great new Theo Kottis remix of Spectre from the album on Bandcamp – check it out here. 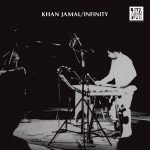 Now we’re going to go really chilled and modal. This album is one I’d been looking for in the wild for quite a while – and then, I got the reissue here at Analog Vault! It’s a reissue on the Jazz Room label and well worth getting hold of. Khan Jamal is a vibes player who died earlier this year. He’s not very well known at all, but this track might convert you. The brilliant drummer Sunny Murray is on this record (just listen to him!) and Byard Lancaster is on sax and flute. It’s mesmerising music and just builds over and over in the way that modal music can do. There are very few Khan Jamal records around but you can also find him playing vibes in a very different context on albums by Ronald Shannon Jackson’s group The Decoding Society. The music is wild – like Ornette Coleman’s electric Prime Time group but even more crazy/funky. 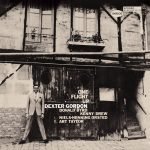 Ok – so we’re into the Tone Poets from Blue Note. What can I say about these records that hasn’t already been said? Basically, the story is that in 2021 Don Was – the new President of Blue Note Records – announced the creation of the Tone Poet series of vinyl reissues. All only on vinyl and in editions remastered by the tone poet himself, producer Joe Harley, who was given that nickname by saxophonist Charles Lloyd. Harley co-founded the Music Matters reissues, focusing on both classic and more obscure titles from Blue Note. There are about a hundred reissues, and they’re all now rare collectors’ items – if you can find them. When Don Was saw and heard these records he asked Harley to do the same thing for Blue Note. Some of these are now hard to find but get them when they first come out. You won’t be disappointed. So, One Flight Up and Dexter Gordon. This is worth it just for the side-long Donald Byrd composition, Tanya, but Gordon’s huge tenor sound, the utter brilliance of the then-teenage bass player Niels-Henning Orsted Pedersen and rock-steady drummer Art Taylor have never sounded better. And check out the gatefold as well with the coolest photo of Dexter Gordon inside. It’s all beautifully produced too. Staying with Blue Note but a new(ish) release from 2020. It’s singer/songwriter Tom Misch and drummer Yussef Dayes with a bunch of the best of the south London jazz massive. Nightrider is basically a night-time version of Be Thankful for What You Got – remember:Though you may not drive/A great big Cadillac/Gangster whitewalls/TV antennas in the back… It’s the same laidback mid-tempo groove. Be Thankful… was recorded by William DeVaughn and then famously recorded by Massive Attack on their album Blue Lines. What Kinda Music is an album that catches up with you. I had it on DL for ages before I bought the vinyl – and it’s so good on disc. I’ve listened to it over and over – and you will too. For more Tom Misch check out his Beat Tapes as well and the earlier album Geography – all on Bandcamp. Here’s the great video for Nightrider. Now the backstory with this one. On 08 July 2005 I was in London for a meeting with a publisher. It was the day after the notorious London bombings in which 52 people of eighteen different nationalities were killed in a series of co-ordinated terrorist attacks. So, I was travelling on the tube/MRT with everyone around me nervous and quiet. But as I came up the escalator and into the sunshine, over my headphones came the opening bars of Bar Ingles (English Bar). It begins with this great fade in and then Valle sets up the Fender melody and we’re off on one of his jazz fusion classics. After the shock of these bombings, I truly felt that music is the healing force of the universe, as Albert Ayler said. A few years ago, I was lucky enough to see Valle reprise this tune when I saw him at the Jazz Cafe, London – and there were tears in my eyes. 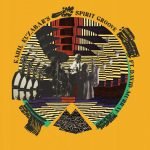 Back to a release on a new label called Spiritgroove. This record sounds a bit like something Pharoah Sanders might have done in the 1970s, but it’s just a couple of years old. El’Zabar is a Chicago drummer who has been recording for ages, but he’s been producing some great albums in recent years – and they look and sound fantastic on vinyl too. We edited this a bit (the full track is over 20 minutes long) but you’ll get the idea. The tenor sax is by the legendary David Murray – wild! In the sleeve notes, El’Zabar says The Bebop music masters all expressed to me that in the beginning of Bebop, people everywhere danced with Spirit to the music of Charlie Parker! This is the moment to rekindle the motion of social relevance within the legacy of jazz as an improvised people’s movement for social change! 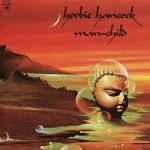 Back to the funk! I bought this record at a London market when it first came out in 1975 and this is my third copy (a reissue on Speakers Corner). There are two bass players on this – both of them total masters of funk bass. Paul Jackson Jnr. is so under-rated but the other player is maybe more well known – Louis Johnson from the Johnson Brothers. I always wanted to play electric bass and I never did learn. But when I was younger I knew this guy called Job Ndela who – like me – was training to be a teacher. He was from Nigeria and a bass player and even when teaching kids he wore these crazy clothes – I remember him in a pair of snakeskin thigh length boots! Herbie’s first synth solo on this track is just wild and then his piano riff kicks in too. Awesome! 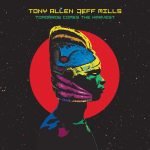 Ok – we’re almost there. This is a pairing of two masters from different kinds of music – Tony Allen (once called the best drummer in the world by Brian Eno) was the creator of afrobeat – the Fela Kuti sound – and Jeff Mills is a Detroit techno pioneer. I was again lucky enough to see them at the Field Day Festival in London when this record was released and it was just such a great combination – the totally unique afrobeat of Tony Allen and the synth pads, Roland drum machines and CD decks of Jeff Mills (he doesn’t use Technics turntables!). But the music has a somehow old-fashioned sound as well – there’s a Hammond organ sound in here too. You might be lucky enough to find the 10in EP of this record… 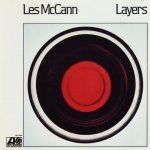 And so we end this show with a return to another record I bought soon after it came out in 1973. I sold that copy to buy more records, but really missed it and had to try and get another one – not easy, because until it was reissued a couple of years ago you could only find it on CD. I finally found it here in Singapore early last year. In his high school, Les McCann played in the school’s marching band – and he’s remembering that in this track – a really groundbreaking synth jazz record. Apart from a three-man percussion section and electric bassist Jimmy Rowser, Layers is all electronic – pretty much the first jazz record recorded in this way.

That’s it! And now it’s time to give a shout out to the Singapore record stores that provided this wonderful music – The Analog Vault, The Jazz Loft at Retrocrates and Choice Cuts. They’re all dedicated to keeping the music alive in the Little Red Dot (Singapore). Hope you enjoyed the music everyone.