A new Cosmic Jazz with jazz new and old. Neil’s selected all the tunes this time round and the mix includes new music from the Brian Molloy Quartet, Nat Birchall and Mark de Clive Lowe, a special new Jean-Luc Ponty reissue and a recently unearthed treasure from the New Jazz Orchestra. Let’s go… 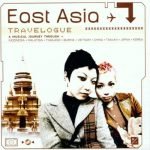 First off is some atmosphere – with Neil back from Singapore, it seemed appropriate to kick off with something from Asia and the 108 Gongs group go deep into their Indonesian heritage with this Balinese gamelan extract. Why 108? It’s a holy number in Zen Buddhism and a number of other world religions too – 108 is the number of Tibetan holy books, the number of steps at many Buddhist temples and the number of times a bell is rung in Japanese temples to signal the end of the year – and so on. Despite popular mythology, 108 is not a Fibonacci number – but that’s a whole other story. But what about the band themselves? Unfortunately, the sleeve notes on this excellent compilation reveal nothing…

2. Brian Molley Quartet feat. Krisha Kishor – The Crocodile and The Plover from Intercontinental 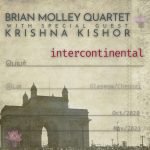 And on we go – to Scottish saxophonist Brian Molley and his Quartet. This time for their fourth album they have tabla player and percussionist Krishna Kishor in tow – and the results are transformational. The quartet first worked with Chennai-based Kishor while touring India in 2017, performing a headline show together for Madras Jazz Festival and Intercontinental was recorded remotely between Glasgow and Chennai in 2021. Kishor will travel to Scotland for the first time in summer 2022 to perform as part of the Edinburgh Fringe Festival. Molley has a great singing tone on tenor and the quarter provide admirable support – Tom Gibbs (piano), Brodie Jarvis (bass) and Stuart Brown (drums) have been with Molley for three albums now and it shows. But the wild card is the addition of Kishor who adds rather more than just another musical layer. Instead, he drives the quartet into  different territory as can be heard on Vasudeva’s Invitation which started life as a folk tune from Tamil Nadu. We’ll ease you in with the first track on this recently released album, but expect more in subsequent shows. The album is available (of course) on Bandcamp – check it out right here. 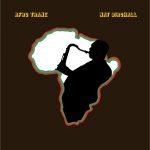 We’re big fans of another UK saxophonist, Nat Birchall. Once part of Matthew Halsall’s group, Birchall has led his own groups and – like John Surman – has multi-tracked his sax along with percussion, bass, synths and more on several recent releases. This is the third in that format and – bravely – he kicks off this album with his very lyrical take on John Coltrane’s iconic Acknowledgement from A Love Supreme. It’s not exploratory but it is rather beautiful and allows Birchall to overdub both tenor and soprano parts. It all works – and, as if this wasn’t enough, there’s another brand new album just announced. Without the restrictions of Covid, this one is a group performance – look out for Nat Birchall and his Unity Ensemble’s  Spiritual Progressions release in August. 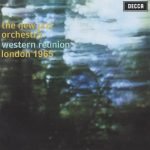 In the mid-60s London scene, the NJO was one of those big-band groups that (at some time or other) included almost everyone of note on the English scene at the time. Behind it all was composer Neil Ardley, but included in this lineup are Ian Carr, Barbara Thompson, Jon Hiseman, Trevor Watts and more. With an average age of just 23 this was their first album, recorded in March 1965 before an invited audience in London. At different times the band included Harry Beckett, Jack Bruce, Michael Gibbs, Dick Heckstall-Smith, Henry Lowther, Don Rendell and Frank Ricotti – British jazz heavyweights all. This release comes courtesy of Mad About Records and the vinyl version is available on Bandcamp right now. 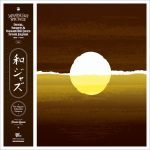 It’s sometimes difficult to keep track of all the excellent Japanese jazz reissues currently available. Aside from the excellent BBE label Tony Higgins/Mike Peden J Jazz compilations we’ve selected from on previous shows and the individual Jazz Masterclass album releases that have followed these, many others have appeared too – and this is one to definitely look out for. Count Buffalo was led by drummer Akira Ishikawa and featured some notable Japanese jazzers in the lineup, particularly Takeru Muraoka on saxophones. Mago-Uta is also known as Komoro Maga-Uta and is based on a traditional Japanese melody. There’s another very different version of Mago-Uta on an excellent Japanese reissue from Hosan Yamamoto – check it out on Youtube here. WaJazz is a superb compilation from Yusuke Ogawa on his own Universounds label and worthy of comparison with the three BBE 2CD compilations. Do note that the full versions of all tracks are only available on vinyl – there is no complete DL version. Needless to say, you can find it on Bandcamp… 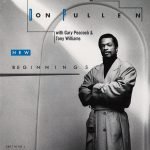 Don Pullen is one of Neil’s favourite pianists, and is both an ‘inside’ and ‘outside’ player – often at the same time. He can play very lyrically and then switch to those multi-tonic Coltrane chords and that unique ‘unzipping’ piano style with its superficial resemblance to Cecil Taylor’s playing. This is a more restrained version of a tune Pullen first recorded at full tilt in a side long piece with Chico Freeman on saxes, Fred Hopkins on bass and Bobby Battle on drums on one of those excellent Black Saint records – check that one out here. This take comes from his return to Blue Note in 1989 on the New Beginnings record with the superb Gary Peacock on bass and Tony Williams on drums. Pullen may appear indulgent in his approach to the piano and so if you’re a newcomer, the place to start is this record – then work your way back to the lovely duo records with George Adams and Pullen’s remarkable solo performances on piano. Neil was lucky enough to see him perform in a trio with Hilliard Green on bass and Cindy Blackman (now Santana) on drums in 1992 before his early death in 1995 from lymphoma. 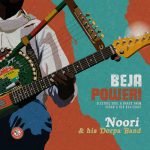 Neil is indebted to Joss Yerbury at Ballantine Communications for this one – a first western release for music from Port Sudan on Africa’s Red Sea coast and the centre of Beja culture. The music is performed by Noori and his Dorpa Band with the unique tambo-guitar at its heart. Combining a traditional four stringed instrument with the neck of an electric guitar added, Noori’s music has a surprisingly jazzy centre – listen out for the improvisation on this track, Al Awal. The EP is available now on Bandcamp and will be on general release later this month.

8. Brian Auger’s Oblivion Express – Happiness is Just Around the Bend from Closer To It! 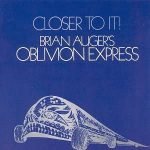 Now here’s an under-rated Hammond B3 organist. Brian Auger is now 82 but still involved in music – and listening to Cosmic Jazz! Oblivion Express were formed in 1970, releasing several albums of which Closer To It! is one of the best. Over the years Auger has performed with a huge number of jazz artists – including Ronnie Scott, Tubby Hayes, Frank Foster, John McLaughlin, Tony Williams and Carlos Santana. Closer To It! even contains a really good version of Marvin Gaye’s iconic Inner City Blues – more B3 magic! Auger toured in 2014 with his son Karma and daughter Savannah – here they are live at the Baked Potato Club, Hollywood in 2004 with a neat version of Compared to What.

9. Jean-Luc Ponty – In the Fast Lane from 12in single/Storytelling 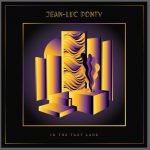 Now this one brings back memories! Neil first heard In the Fast Lane on a Jez Nelson Jazz FM show sometime in 1989, recorded it from the radio and listened to it often as part of a Somethin’ Else cassette compilation. He was really pleased to see it re-released in late 2021 on vinyl with an Opolopo cover of the tune on the B side. Originally appearing on Ponty’s Storytelling album, In the Fast Lane is a triumph of the then leading edge midi technology with the Synclavier and violin meshing together over a hypnotic offbeat groove. The track was a huge success on UK jazz dancefloors and a perennial hit at the famous Dingwalls nights in Camden, London. Listening to this track you can just see Perry Louis and his JazzCotech dancers strutting their stuff! Unfortunately, the 12in is now sold out and so there’s only the DL version available from, of course, Bandcamp. Do check it out – and the two Opolopo recreations too. 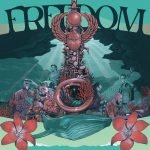 Mark de Clive Lowe has a new project – and this is one of two tracks available before the complete 2LP/2CD album is released next month. Recorded live at the now defunct Blue Whale in LA, Freedom is a tribute to Pharoah Sanders with Teodross Avery on saxophones, Dwight Trible on vocals, Corbin Jones on bass, Tommaso Cappelatto on drums and Carlos Niño on percussion.  De Clive Lowe is there on keys and subtle electronics, triggering them from behind his array of onstage devices. You could predict the set list – it’s all the Sanders classics including Upper Egypt, Thembi, Astral Traveling and more. We’ll leave you with the words of de Clive Lowe on one of his heroes: We gathered at Los Angeles’ Blue Whale jazz club to perform some of our favorite Pharoah compositions from a place of love, respect and gratitude for all the inspiration he’s brought to each of us. No one can play this music how Pharoah plays it – his expression is unique and imprinted on every one of his compositions in the deepest of ways. We can’t possibly improve on his mastery and share this music simply as a heartfelt thank you to Pharoah – we celebrate you, and are so grateful for all the timeless – and timely – music you have gifted to the world.