Welcome to another Cosmic Jazz. This time, it’s a second solo show from Neil before he heads back to Singapore. He’s chosen music old and new including more from Jean-Luc Ponty (via house music guru Ron Trent),  Pheeroan ak Laff, Stanley Cowell and Melissa Aldana. Check it out below: 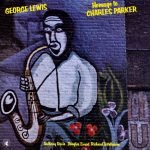 We start, though, with this amazing reflection on the music of Charlie Parker. It doesn’t directly refer to any of Parker’s music and doesn’t remotely sound like it. Instead, it’s an homage in exactly the same way that He Loved Him Madly is a Miles Davis homage to Duke Ellington. It’s a meditation on the inspiration that avantgarde trombonist Lewis drew from Parker – it’s all  about texture and it delivers this haunting, spare, extended piece (around 17 minutes in length) with Lewis only soloing at the very end.  The group is Moog synthesizer programmer Richard Tietelbaum, pianist Anthony Davis and Douglas Ewart on alto sax and bass clarinet. Lewis adds electronics and his trombone to this 1979 release. The music begins with hovering washes from cymbals and soft synths before a languid alto solo from Ewart summons the ghost of Parker rather than his sound. Anthony Davis then offers delicate, melodic piano before a surprisingly lyrical solo from Lewis ends this extended meditation.

2. Makaya McCraven – Seventh String from In These Times 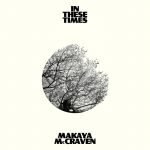 The new album from McCraven won’t be released until late September this year but here’s a first listen to the track Seventh String from that disc. The Chicago-based percussionist, composer, producer, and self-titled ‘beat scientist’  is a musician we’ve been promoting ever since his International Anthem label debut In The Moment in 2015. There have been six other releases in the meantime and we’ve checked out every one of them here on CJ. Truth be told, some of this music isn’t new. McCraven’s ‘organic beat music’ is studio-crafted from existing recordings and patched together in a way not dissimilar to that of studio pioneer Teo Macero in his post-In a Silent Way work with Miles Davis in the 1970s. But there’s more to it than that: McCraven does what he calls ‘fixing’ the music – editing, looping, pitching, layering, and ultimately producing the tracks. As with previous releases, there’s an A-list of new jazz players involved – Brandee Younger, Joel Ross, Marquis Hill and Jeff Parker among others.

3. Gabriele Pribetti – In Or Out from Reeded Edge Vol. 2 EP 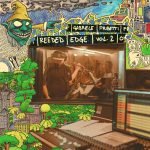 Gabriele Pribetti is a London-based Italian saxophonist who says “I see the music like a coin: the beauty and perfection of tonality on one side, with the chaos and roughness of atonality on the other. I like to exist on the reeded edge.” Pribetti certainly uses both of these approaches on this second EP, released last month. Free jazz and post-tonal sounds mix with both acoustic and synth basses and the clean sounds of the flugelhorn are juxtaposed against the distorted tenor sounds. Alongside Pribetti on this EP are trumpeter/flugelhorn player Graeme Flowers, drummer Joshua ‘McNasty’ McKenzie, Tomasz Bura on piano and keyboards and Michele Montolli on double bass. Check it out here on Bandcamp. 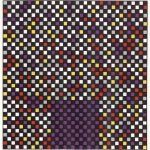 More brand new music from the edges of jazz. XOA are a quartet from London who have released this 12in record (and teeshirt!) with three tracks recorded live in south London. The band are Josh Arcoleo on saxophones, Sam Crowe on keys, Nick Tyson on bass and Joost Hendrickx on drums. Sam Crowe is the only member with Cosmic Jazz ‘form’ – we featured his excellent debut release Synaesthesia in 2010.  XOA are very different though – this is a more glossy, digital keys driven sound rather more akin to another CJ favourite Mark de Clive Lowe. Excellent music – and you can pick this up on Bandcamp for a price that you suggest for the digital. Go out and buy! 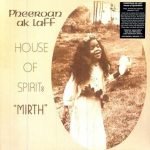 Drummer ak Laff (born Paul Madoxx) has played with many contemporary jazz greats including Antony Braxton, Oliver Lake, Geri Allen and Wadada Leo Smith, including on Leo Smith’s extraordinary Ten Freedom Summers 4CD set.  This tune comes from one of his few records as leader, the bizarrely-titled House of Spirit: Mirth, re-released in 2011 but originally from 1979 on the Passin’ Thru label. This hypnotic closing track is terrific – an all percussion workout that is just a joyful piece of music, and a reflection of the ‘pulse’ approach that came from his friendship with Ghanaian drummer Mustapha Tettey Addy. akLaff was also mentored by Coltrane drummer Rashied Ali – drum royalty indeed! 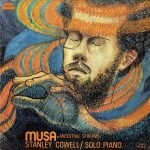 Short but very beautiful. Here’s pianist Stanley Cowell with a kalimba-fronted piece that first appeared in piano form on his debut album Blues for the Viet Cong and then in this version on the Musa: Ancestral Streams release on the Strata East label. In 1971, Cowell co-founded the Strata-East label with trumpeter Charles Tolliver and the label would go on to become one of the most successful Black-led, independent labels of its day. Some of these classic Strata-East records have been re-released in recent years – top choices would include Cowell’s Regeneration, Gil Scott-Heron’s Winter in America and Clifford Jordan’s Glass Bead Games. 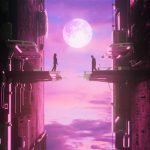 If the tune sounds familiar that’s because it’s one of Wayne Shorter’s most beautiful compositions. Infant Eyes appeared first on Shorter’s superb 1964 Blue Note album Speak No Evil and has since become something of a modern standard. This version comes from a great digital collection of over 20 Shorter compositions, all recorded by contemporary jazz stars giving their interpretations of Shorter’s unique approach to writing. There’s no hard release for this record but you can pick up the digital version (of course) here on Bandcamp. It’s a remarkable gathering of jazz talent – you’ll find Davie Liebman, Pablo Held, Benny Green and many more. Organiser of this collection, Jesse Markowitz from Toronto says I have gathered you all to celebrate the majesty of Wayne Shorter, and the life force with which he conducts himself. This life force manifests in a variety of ways; the extreme generosity in using his power to open doors for people; the courage he inspires, especially in outsiders, to celebrate eccentricity and individualism; the grace of this titan who sees everyone as his peer while never positioning himself as above or better; and of course the music.

8. Ron Trent – Sphere from What Do the Stars Say to You Ron Trent is one of the original house music superstar DJs, having gained his first success with Altered States whilst still in high school. But his new album (released just a few days ago) is nothing like that 13 minute techno jam. Now, over thirty years later, Trent may still be part of the deep house scene but has moved into a new approach to music making with his own keys, samples and – on the new record – a host of live guests, including on this track electric violinist Jean-Luc Ponty. We featured Ponty on our last show and his contribution here is instantly recognisable.  Look out for this new record with contributions from Ivan Conti and Alex Malheiros from Azymuth – it’s well worth (another) visit to Bandcamp for this one – at the time of writing, there’s just 85 copies still available on white vinyl!

9. Candy McKenzie – Remind Me from Remind Me 12in single 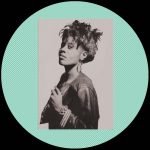 And continuing Derek’s tradition of concluding with music from a different genre here’s reggae singer Candy McKenzie with the excellent Remind Me. Candy McKenzie (1953-2003) was a north west London-based vocalist from a Guyanese family heavily steeped in musicianship . Her father was a jazz bass player – a musical tradition continued by her brothers Bunny and Binky. Candy would marry young in 1970 at the age of 17, but just one year later her brother Binky (who had played with guitarist John McLaughlin on his superb Extrapolation album) tragically took the lives of her mother and father, along with Candy’s husband in an attack at the family home. Candy was also injured but escaped with her life. In subsequent years Candy McKenzie recorded with Aswad, Keith Hudson and Bob Marley and, while in Jamaica, she even appeared on the seminal Heart of the Congos album in 1977. Back in London in the mid-1980s she recorded this superb cover of Patrice Rushen’s Remind Me. It’s a fitting tribute to a gifted singer – and it’s been recently released on a Freestyle Records 12in single. An original 12in will cost you £215.00 on Discogs so see if you can get hold of the reissue right here on Bandcamp.